Are you a believer in using foods to prevent and treat illnesses like diabetes, high blood pressure, and even cancer? There are countless foods and substances available for preventing and treating cancer, and in case you still aren’t convinced, maybe this new and exciting research will seal the deal. In recent research, compounds in apples known as oligosaccharides were found to kill up to 46% of human colon cancer cells. Further, the compound outperformed common chemotherapy drugs while leaving the toxic side effects behind. 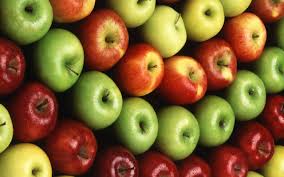 For the study, researchers isolated polysaccarides like pectin and other fibers from the waste product of apples after they have been juiced. This waste product, known as pomace, is made up of skins, pulp, seeds, and stems. After isolating the polysaccarides, the researchers treated them with natural pectinase to break down their molecules into oligosaccharides. Finally, the oligosaccharides were added at various concentrations to cultured human HT29 colon cancer cells, while a common chemo drug was added to others.

Co Citations For this Study

Massachusetts Ahead Of The Curve In School Nutrition

Planning A Meal Around Data