Autism Link To Obesity In Mothers

By Shirley Wang for the Wall Street Journal 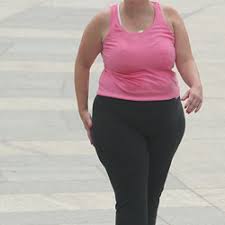 The obesity epidemic may be contributing to the rising number of children diagnosed with autism, according to a study published Monday.

Researchers said mothers who are obese are significantly more likely to have a child with autism or another developmental abnormality. The finding adds to the increasingly complex picture of possible factors that contribute to the disorders.

About half the risk of autism, a condition characterized by poor social skills and repetitive behaviors, is genetic, researchers believe, while the rest stems from factors including older parental age, premature birth or failure to take prenatal vitamins.

The new findings come in the wake of the announcement last month by the U.S. Centers for Disease Control and Prevention that autism-spectrum disorders, as the range of abnormalities is now called, affect one in 88 U.S. children, up from one in 110 in a 2009 report.

The link between obesity and developmental disorders is particularly worrisome because obesity has become so prevalent. About a third of U.S. women of reproductive age are considered obese, the authors said.

Experts say these factors seem to contribute to autism:

These factors are suspected and are under investigation:

The new research, published in the journal Pediatrics, studied over 1,000 children aged two to five years old with and without autism or other developmental problems, as well as their mother’s health history.

The risk was even more pronounced when mothers who had high blood pressure or diabetes before or during pregnancy were included in the analysis.

The results suggest that obesity and other metabolic conditions are a general risk factor for autism and other developmental disorders, said the researchers from the University of California, Davis and Vanderbilt University.

“The brain is quintessentially susceptible to everything’s that happening in the mother’s body,” said Irva Hertz-Picciotto, senior author of the study and chief of the division of environmental and occupational health in public health sciences at UC Davis.

But she added that “no one factor is going to be responsible for any one child’s case. This is not a ‘blame the mom’ thing.”

Susan Hyman, a developmental behavioral pediatrician at the University of Rochester, found a positive theme in the results. “The statistics on obesity are alarming, but it’s a modifiable risk factor,” she said. Dr. Hyman, who heads the American Academy of Pediatrics’ autism subcommittee, wasn’t involved in the study.

How a mother’s weight or metabolic disorders might contribute to autism or other problems isn’t known. One possibility is that insulin resistance is involved, said Dr. Hertz-Picciotto.

When insulin isn’t made or used properly by the bodyâ€”as can be the case in some obese peopleâ€”it alters how sugar, which serves as energy for the body, is produced and transported to tissues including the brain. Such disruption may have a particularly potent effect on fetal brains, which are known to need a lot of sugar.

The researchers weren’t able to compare mothers who had well-controlled blood sugar to those who didn’t, she said.

Obesity joins a growing list of potential causes of autism. The UC Davis researchers and colleagues had examined other environmental factors, such as pollutants, and last summer published data from the same children in Monday’s study showing the risk of autism doubled if families were living closer to a freeway during the third trimester of pregnancy. Not taking prenatal vitamins and having less than 12 months between kids also have been associated with autism.

Genetics are another contributor. Last week, three independent papers published in the journal Nature found more “highly disruptive” mutationsâ€”ones that caused genes to stop workingâ€”on three genes in children with autism compared to those without, and estimated there could be 500 or more mutations related to autism.

“By and large, the kids with autism didn’t have substantially more mutations but slightly more severe mutations,” said Mark Daly, an author of one of the Nature papers and chief of the Analytic and Translational Genetics Unit at Massachusetts General Hospital in Boston.

The papers were seen as a boon to the field because they indicate that a relatively new technique could be used to figure out which genes looked different in children with and without autism. That could provide new avenues for research into the condition, said Matthew State, a professor of child psychiatry, psychiatry and genetics at Yale University who was an author of another of the Nature papers.

Ultimately, both genetic and early environmental factors that are under investigation seem to suggest the period of risk for autism is in the womb, said Bryan King, director of the Seattle Children’s Autism Center, who wasn’t involved in the current study. Together, these “will be very important in focusing the field on what to look for when.”

When Selling Less Is More

A Consumer’s Guide to Digestive Health