One Out Of Every 20 Men Suffers From Male Factor Infertility

Men with poor sperm health recently received some good news! Supplementation with the nutrient known as coenzyme Q10 (CoQ10) for at least three months may help enhance overall sperm health, according to a new study published in Andrologia. CoQ10, also known as ubiquinone, is a powerful antioxidant compound, which acts specifically to protect against free radical damage to fats. Because fats are key components of sperm cell membranes, the antioxidant activity of CoQ10 helps preserve the health of sperm cells. 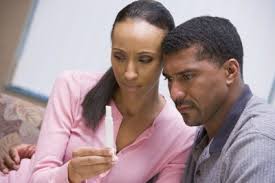 Current estimates indicate that one out of every 20 men suffers from male factor infertility, and this percentage is likely to increase in the years to come. Fertility experts point to poor sperm health as the primary cause of male infertility, and talk about low sperm count, low sperm motility (the ability of sperm to swim in a forward motion), and abnormal morphology (the size and shape of sperm) in discussions about suboptimal male fertility.

Unfortunately, sperm cells are often subjected to oxidative stress, a physiological condition that arises when there is an imbalance in the number of free radicals (unstable oxygen molecules) and the amount of antioxidants present. Such an imbalance can result from an excessive free radical load, a deficiency in antioxidants, or both. Smoking cigarettes, excessive alcohol consumption, obesity, and chronic exposure to environmental pollutants cause an increase in the production of free radicals.

On the other hand, many people’s diets lack sufficient amounts of antioxidant nutrients that the body uses to battle free radicals. Consequently, oxidative stress is very common in the modern age, and has been implicated as the cause of many human diseases and medical conditions, including cancer, diabetes and heart disease.

Researchers now believe that up to 80 percent of all cases of male infertility can be attributed to oxidative stress, due to the reduced sperm count, poor sperm motility and even DNA damage.

Communicating Person To Person Through The Power Of Thought Alone

Why Squats Are So Awesome And How To Do Them Right

Is Hemp The Next Superfood?