Food marketers have been shifting more of their ad dollars to smartphones used by kids.

A U.S. government report released Friday found that food companies have ramped up their advertising to kids on mobile devices and social media even as they spend less money overall on youth marketing.

In 2009, 48 food companies studied by the Federal Trade Commission spent $1.79 billion on food marketing to youth aged 2 to 17, including $122.5 million for new media such as online and phone advertising. In 2006, largely those same companies spent a total of $2.1 billion marketing food to kids, but just $76.6 million for new media, the FTC’s report says. Most of the overall decline came from less spending on TV ads aimed at kids.

Still, the FTC said that from 2006, when its first report on the issue was released, to 2009, the food industry has marketed slightly more nutritious foods to children, including cereals, soft drinks and fast food. Cereals marketed to children from ages 2-11 in 2009, for example, had less sugar and slightly more whole grain than in 2006.

It also called out media companies, saying that with few exceptions they haven’t limited licensing of children’s characters and placement of ads during children’s programming to more nutritious foods.

“The encouraging news is that we’re seeing promising signs that food companies are reformulating their products and marketing more nutritious foods to kids, especially among companies participating in industry self-regulatory efforts,” wrote FTC Chairman Jon Leibowitz. “But there is still room for improvement: We will look for continued progress by the food industry and greater participation by the entertainment industry.” 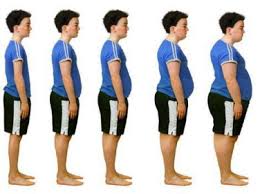 The most recent data in the report are from 2009, just as the smartphone boom was taking off. As a result, the FTC report offers a dated picture of how food companies are responding to the surging popularity of mobile devices among children over the past few years.

By examining internal marketing plans from 2009 that food companies provided to the FTC, the agency found clues as to where things were heading.

“These online media are not necessarily as costly as display advertising, yet potentially have a farther, and more immersive, reach than display advertising,” the report concluded. “Finally, although hard data are scant, anecdotal evidence from marketing plans indicates that companies increasingly are reaching out to teens through their mobile devices.”

In September, The Wall Street Journal published a Page One article finding that makers of kids’ drinks and snacks were starting to build smartphone and tablet apps featuring their brands.

Several food-company executives said they saw these apps as a cost-effective and powerful ways to reach children—in some cases before they could even learn to read.

While some critics of the food industry’s advertising practices have called for more government regulation of how those companies advertise to kids, for now it is mainly up to the industry to police itself: Congress in 1980 barred the FTC from making broad new rules on food advertising to children.

Write to Anton Troianovski at anton.troianovski@wsj.com