Get Touchy Feely With Plants 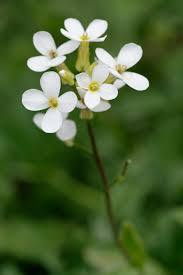 Forget talking to plants to help them grow, gently rubbing them with your fingers can make them less susceptible to disease, a paper in the open access journal BMC Plant Biology reveals.

Rubbing the leaves is a form of mechanical stress. Plants frequently have to deal with mechanical stress, be it caused by rain, wind, animals or even other plants. Trees growing on windy shorelines, for example, sometimes respond by developing shorter, thicker trunks.

But plants also respond to more delicate forms of mechanical stress, such as touch. Some responses are obvious – the snapping shut of a Venus fly trap, the folding leaflets of a touched touch-me-not plant (Mimosa pudica) – whilst some are more discrete. Plants also launch an arsenal of ‘invisible’ responses to mechanical stress, including changes at the molecular and biochemical level.

Rubbing the thale cress leaves triggered a host of internal changes. Genes related to mechanical stress were activated. Levels of reactive oxygen species increased. And the protective outer layer of the leaf became more permeable, presumably to aid the escape of various biologically active molecules that were detected and which are thought to contribute to the observed immune response. This data could also suggest that the mechanical stress is perceived by mechano-sensors that subsequently initiate resistance.

Wounding and rubbing exemplify how plants can react to a situation that in principle could cause them to become more vulnerable. Instead, they react to touch by deploying a carefully-orchestrated defense response, an evolutionary skill that that presumably boosts survival.