Health habits and other characteristics

of dietary supplement users: A review

It’s always a welcome development to see a story that backs up what the majority of Americans already know. Taking nutritional supplements is part of a healthier lifestyle and in fact, healthier outcomes.  That’s quite a contrast to the negative press appearing regularly about  how  nutritional supplements are worthless or even dangerous. Just keep taking big pharma’s  answers to  all our health problems. Talk about not being clear on the health care concept.  I guess two thirds of adult Americans must be wrong.

Dietary supplements are used by half to two-thirds of American adults, and the evidence suggests that this usage is one component of a larger effort to develop a healthier lifestyle. Dietary supplement users tend on average to be better educated and to have somewhat higher incomes than nonusers, and these factors may contribute to their health-consciousness. 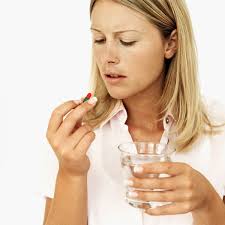 Dietary supplement use also tends to be more prevalent among women than among men, and the prevalence of use increases with age in both men and women. Numerous surveys document that users of dietary supplements are significantly more likely than nonusers to have somewhat better dietary patterns, exercise regularly, maintain a healthy weight, and avoid tobacco products.

While supplement users tend to have better diets than nonusers, the differences are relatively small, their diets have some substantial nutrient shortfalls, and their supplement use has been shown to improve the adequacy of nutrient intakes. Overall, the evidence suggests that users of dietary supplements are seeking wellness and are consciously adopting a variety of lifestyle habits that they consider to contribute to healthy living.

The complete article is available as a provisional PDF. The fully formatted PDF and HTML versions are in production.