By —Adeena Sussman in the Wall Street Journal 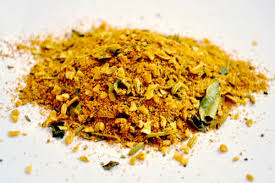 Think of vadouvan as the sports car of curry powders. Like its better-known cousins, this French-influenced upstart is a favorite of Daniel Boulud and other chefs. Powered by a gutsy wallop of cumin, cardamom, mustard and turmeric, this blend is built for speed. Yet its torque is gentler than that of traditional curry, thanks to the addition of dried onions, garlic and often shallots. The effect is a mellow, balanced blend that finds a natural home in recipes from roasted butternut squash soup to buttery shortbread cookies.

A sweet and savory combination often found in Arabic kitchens and used to enhance meats, lentils and grain dishes, baharat feels exotic and familiar at the same time. Look for a blend that combines an assertive kick of black pepper with the soothing warmth of nutmeg, cinnamon and allspice. As chef Michael Solomonov often does at Zahav in Philadelphia, rub baharat on meat before grilling—or add a bit to your favorite brownie batter.

Tangy dried sumac is this versatile blend’s key player. There are many variations, but two of the best are Israeli, which typically includes sesame seeds, oregano, thyme and salt; and Syrian, which often brings cumin and coriander into the mix. Sprinkle Syrian za’atar on labneh (strained tart yogurt) with a drizzle of olive oil and serve with pita. Add the Israeli version to ripe pineapple before grilling or roasting. 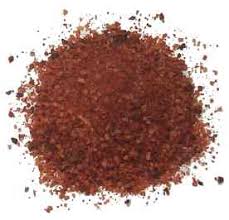 Cajun seasoning channels Bayou cooking with a heady mix that includes several types of pepper, onion and garlic powder and often dried celery. Every Cajun mix is a little different, but they all pack salt and heat. Use in traditional “blackened” recipes, stir into soups or blend into unsalted butter to finish simply steamed vegetables.

Though not technically a spice blend, this Japanese seasoning earns its keep in the cabinet. Made from black and white sesame seeds, seaweed, sugar, salt and sometimes dried bonito flakes, this staple is a classic white-rice topper. It’s also great sprinkled on salads or for crusting tuna or salmon fillets before pan-searing. Vegetarians can opt for pared-down gomasio, which consists simply of sesame seeds and sea salt. Furikake: $4 for 1.9 ounces, mishima.com; gomasio: 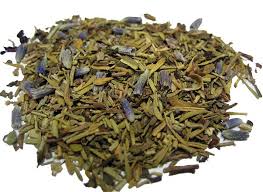 Don’t feel limited by its Gallic provenance—this blend boosts much more than French food. Fennel and lavender stand out among basil, marjoram, rosemary and thyme. Larger pieces of dried herbs—rather than finely ground spices—mean you’ll want to cook or marinate with these spices to soften them. Sprinkle onto tomato halves before roasting, rub into chicken with lemon and garlic before cooking, or mix into ground beef for herb-forward hamburgers.

Quick-change agents of the first order, spice blends can elevate dinner from edible to exquisite. Think about the way the introduction of even one new element, such as lemon juice or a fresh herb, can enliven a dish—then multiply the result exponentially. Za’atar’s citrus-like punch brightens anything it touches, while a pinch of herbes de Provence adds floral and piney accents. A few things to keep in mind: Freshness counts, so buy in small quantities from stores that have high turnover. Since many blends contain salt, season food with the blend first, then add salt as needed. Lastly, use in moderation, said Lior Lev Sercarz, owner of La Boîte à Epice, a New York-based spice purveyor to both restaurants and consumers. “Let the flavor of your recipe’s ingredients shine,” added Mr. Sercarz. “The spice blend is the accessory that ties the whole ensemble together.”

A version of this article appeared September 8, 2012, on page D5 in the U.S. edition of The Wall Street Journal, with the headline: Mighty Spice  Mixes.