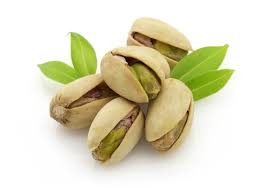 I’ve got to admit to being a huge fan of the little green nut.  Not so crazy about shelling them, but I do it for love.  Check

out our Pistachio Biscotti.

Did you know the word pistachio comes from a mix of Persian and Latin?   Originating in western Asia, pistachios are one of the oldest flowering nut trees with evidence suggesting that humans were enjoying them as early as 7,000 B.C.

Pistachios were first planted in California in the 1930s and it took nearly 10 years of careful research and breeding before the California pistachio was finally perfected.  Today, California produces more than 550 million pounds of pistachios each year, making it a leading producer of pistachios worldwide.

Pistachios contain only 3-4 calories per nut – a reduced serving of 30 nuts adds up to about 100 calories.  They also offer vital nutrients, including more than 30 different vitamins, minerals, and beneficial phytonutrients, making them a great guilt free snack.

Going Nuts for Pistachios Across the Globe
In China, the pistachio is known as the “happy nut” because it looks like its smiling.
Often given as a gift during the Chinese New Year, pistachios are a symbol of health, happiness and good fortune.  While China leads the world in total pistachio consumption at 200 million pounds per year, Israel has the world’s highest per capita consumption of pistachios as 85 percent of Israelis eat nuts and seeds at least once a month.

In India, pistachios are a major part of the population’s diet and are used in a popular saffron pistachio drink.  During Diwali, the Hindu New Year, and family occasions like weddings, pistachios are gifted as a symbol of love and good wishes.  At one time, pistachios were considered a “hot food” and typically enjoyed during the cold winter months, but now the nut is enjoyed all year round.  In Australia, during the hot summer months, many cafes near the beaches serve creamy Australian yogurt topped with shaved pistachios, as a refreshing post-swim snack.

Pistachios are a premium snack in Mexico, and enjoyed in social settings with friends or while watching soccer games.  To give the snack some spice, many throw the pistachios in a bowl and add hot sauce.   In France, where “snack” is not part of the vocabulary, pistachios are served with an “aperitif,” a beverage served to stimulate the appetite before a late-afternoon meal.

In Korea, “Daeboreum” or “Full Moon” day is celebrated on February 24 of each lunar year.  On this holiday, friends and families gather together to drive evil spirits away with the sounds made by cracking open pistachios.  In Brazil, sharing pistachios can be considered good luck and seen as a way of showing endearment. Pistachios are enjoyed around the world and in many different languages:  die Pistazie in German, pistaches in French, 开心果in Mandarin Chinese, pista in Hindi, pistache in Spanish, 피스타치오 in Korean, םפיסטוקים in Hebrew, and pistache in Portuguese. 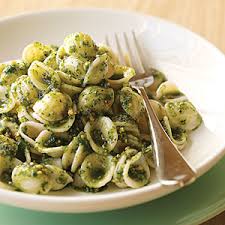 While many eat pistachios purely for their delicious taste and satisfying crunch, the pistachio is also stacked full of nutritional goodness.  Pistachios are a smart snack for healthy eaters, and make for a crave-able healthy habit.  The little nut is mighty in nutrition with fiber, protein, and healthy monounsaturated and polyunsaturated fats.  Plus, pistachios offer 49 kernels per 30 grams – that’s more than most other nuts (for the same 30 grams, you only get 14 walnut halves or 18 cashews).  With so many reasons to enjoy pistachios, it’s no wonder the whole world gets together to celebrate them on this special day.

Researchers at Loma Linda University Center for Health Disparities and Molecular Medicine are the first to determine that a preventive diet high in omega-3 polyunsaturated fatty acids accelerates recovery and improves the ability to walk after traumatic injury to the spinal cord.

“Our findings suggest that a balanced diet rich in omega-3 fatty acids can be part of a comprehensive approach to enhance the prospect of recovery following damage to the nervous system,” said Dr. Marino De Leon, professor and senior author on the study. “Although much more work is needed to address this critical health problem, our findings illustrate that what you eat can be part of the solution.”

The study reports that this preventative nutritional intervention enriched in docosahexaenoic acids (DHA) prepares neural cells to respond to injury by modifying the cell membrane composition. In addition, the study shows that a diet enriched in omega-3 fatty acids favors the metabolism of protective lipids and promotes the expression of genes associated with cell survival and resiliency.

“Unfortunately, trauma to the brain and the spinal cord are common in contact sports, car accidents, and during military combat; and in most cases they are impossible to predict. Even minor impacts to the brain and the cord can be disabling as they can accumulate over time,” says Dr. De Leon.

LLU postdoctoral research specialist and the first author of the study, Dr. Johnny D. Figueroa, says the study identifies cellular targets important in the effects of nutritional omega-3 fatty acids in health and disease. “Because our bodies can’t produce DHA,” he says, “it must be acquired through the diet. Our study illustrates the therapeutic value of dietary omega-3 fatty acids, particularly in situations of anticipated damage to the nervous system. Importantly, we demonstrate for the first time the metabolomics lipids fingerprinting of the injured spinal cord after being subjected to a diet rich in omega-3 fatty acids.”

The findings were published on Jan. 10 in the “Journal of Neurotrama,” a leading peer-reviewed journal in the field of traumatic spinal cord and brain injuries. The study was co-authored by Kathia Cordero and Miguel S. Illan, both MD-PhD students at LLU School of Medicine. The research was supported by grants 5R25GM060507 and 1P20MD001632 from the National Institute of Health (NIH).