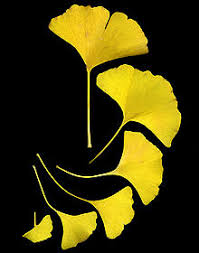 The NYT article was written by Roni Caryn Rabin, a freelance writer who frequently contributes to the Times. The article is under “The Consumer” header, and was titled, “New Doubts About Ginkgo Biloba.”

The initial four paragraphs of the article read as follows:

Among several experts Ms. Rabin interviewed for this article was Mark Blumenthal, founder and executive director of the American Botanical Council (ABC), and Steven Dentali, PhD, chief science officer of the American Herbal Products Association (AHPA). Both organizations are named in the article as having “sharply criticized the study, saying that the ginkgo extract used had a different chemical composition than the extract typically sold in the United States.” Dr. Dentali was also quoted as having stated that, “This says nothing about toxicity in people, or what would be a safe dose in people. It’s just a crude tool toxicologists have to determine if something is harmful. If it hurts the animals, maybe it hurts people.”

On April 18, both ABC and AHPA issued statements referring to various limitations, concerns, and criticisms of the NTP report. [3,4] Both organizations had filed public comments in early 2012 with the NTP elaborating concerns in the draft NTP report that had been issued for public comment. (Access to the 2012 ABC and AHPA comments are provided.)

Of particular interest is the fact that even by the NTP’s own language in the report, the results of the report are not to be interpreted as being related to human health. According to the authors, “The actual determination of risk to humans from chemicals found to be carcinogenic in laboratory animals requires a wider analysis that extends beyond the purview of these studies.” [2]

According to ABC’s Blumenthal, “Coverage of this subject in the New York Times will presumably result in more media outlets’ picking up this story and spreading to consumers and health professionals, creating what are probably unwarranted concerns about the long-term safety of appropriately manufactured ginkgo extracts.”

In addition, added Blumenthal, the Times’ statement that “Studies have never found any solid evidence that ginkgo [provides any benefit to ‘boost memory’ and ‘prevent dementia’]” is misleading. Blumenthal noted, as he had discussed with the reporter, that there is an impressive body of clinical evidence that the use of the leading German ginkgo extract does provide cognitive benefits to persons with mild dementia, among other noted benefits for patients with age-related cognitive impairment, including increases in quality of life.

John Shaw CEO of  The Natural Products Association (NPA),  the leading representative of the dietary supplement industry with more than 2,000 members, including suppliers and retailers of vitamins and other dietary supplements had this to say:

“On a daily basis, millions of consumers across the country turn to dietary supplements to improve their health and quality of life. Ginkgo biloba is one supplement that Americans have safely used for many years to support cognitive function. I’m disappointed that The New York Times chose to highlight a study that challenges the safety of ginkgo biloba.

NPA believes there are three major issues with the study from the National Toxicology Program. First, the study tested the effects of gingko biloba in animals, and these results cannot be directly translated to humans.

Second, the lab animals in this study were given quantities of ginkgo biloba that were much higher than humans would consume. The New York Times story even points this out, noting that “doses used in toxicology studies tend to be very high.” Mice received up to 2,000 milligrams per kilogram of body weight five times a week in this study; consumers take up to about 120 milligrams a day.

Finally, it has been found that the ginkgo extract used in the NTP study was not the same high-quality type that has been used in clinical trials establishing the benefits and safety of ginkgo biloba. NPA echoes the American Botanical Council stating “it is highly unfortunate that NTP chose to use this ginkgo extract as it means that the results of the NTP’s studies are not applicable to the standard-setting ginkgo extracts.”

The NTP study and the accompanying story from The New York Times should not deter consumers from taking ginkgo biloba. We encourage those interested in taking a new dietary supplement to consult their health care professional.

For more on the benefits of dietary supplements and other natural products, visit NPAinfo.org.

The Natural Products Association (NPA), founded in 1936, is the largest and oldest nonprofit organization dedicated to the natural products industry. NPA represents over 2,000 members accounting for more than 10,000 locations of retailers, manufacturers, wholesalers and distributors of natural products, including foods, dietary supplements, and health/beauty aids. As the leading voice of the natural products industry, the NPA’s mission is to advocate for the rights of consumers to have access to products that will maintain and improve their health, and for the rights of retailers and suppliers to sell these products. Visit www.NPAInfo.org.

The FDA Wants To Make Cherries, Walnuts Into Illegal Drugs