BOSTON—Human exposure to a controversial ingredient in many plastic bottles and food containers is too low to be worrisome, according to a closer look at 150 studies of an additive called bisphenol A, widely known as BPA. 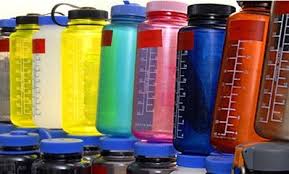 A toxicologist at the federal Pacific Northwest National Laboratory reported Friday that he had re-examined studies covering blood levels of BPA, which in high enough doses can mimic the sex hormone estrogen, among 30,000 people in 19 countries, including women and infants.

He found the exposure levels generally much too low to affect the human body.

“It is thousands of times lower than the levels you see in animals that do cause effects,” said Justin Teeguarden, a senior research scientist who conducted the analysis at the Department of Energy laboratory in Richland, Wash.

Mr. Teeguarden presented his research, which was funded by the Environmental Protection Agency, at the annual meeting here of the American Association for the Advancement of Science.

The findings are the latest in a broad-ranging scientific controversy that has continued for a decade or more over the safety of the world’s food supply and the possible role that BPA may play in a variety of public-health problems.

Among other applications, BPA is used in bottles, soda cans, food containers and many other consumer goods, to harden the plastics from which they are made and to prevent the growth of germs.

Last summer, the Food and Drug Administration banned its use in baby bottles and infant cups but continued to stand behind its safety in other products.

The World Health Organization, the European Food Safety Authority and Japan’s National Institute of Advanced Industrial Science and Technology have all discounted its risk to human health.

A version of this article appeared February 16, 2013, on page A3 in the U.S. edition of The Wall Street Journal, with the headline: No Ill Effect Found in Human BPA Exposure.

A Drug Commercial Worth Watching

Biological Process Behind Role of Vitamin B12 In Bone Formation Unravelled