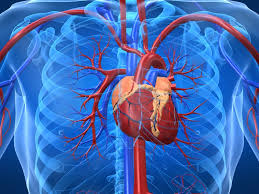 People with a genetically determined, reduced breakdown of the amino acid homocysteine have an increased risk of coronary heart disease compared to healthy people. This is revealed in doctoral research carried out by Mariska Klerk at Wageningen University.

The researchers from Wageningen have demonstrated that people with a genetically determined, specific form of reduced homocysteine breakdown have a 16 percent higher risk of developing coronary heart disease. People with the aforementioned reduced breakdown have on average a 25 percent higher homocysteine concentration in their blood from birth onwards, compared to other people.

The research has also revealed that people with genetically determined, reduced homocysteine breakdown only had an increased risk of heart disease when the folic acid concentration in the blood was low. This result suggests that reducing the homocysteine concentration in the blood by means of folic acid supplementation will reduce the incidence of cardiovascular disease.

The research was funded by the Netherlands Organisation for Scientific Research (NWO).

Could There Be A Reason Dietary Supplement Research Is Under Reported?

Keeping It Together With Vitamin C