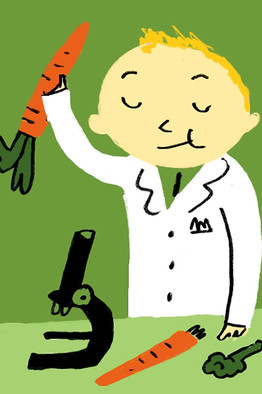 Beginning in the 2014-15 school year, public schools across the country will have to comply with new standards for snacks sold on their campuses.

Those new standards include limits on calorie, fat, sodium and sugar for all foods and drinks sold during the day at 100,000 schools.

Doughnuts and cookies will be out, baked chips and granola bars will be in. Sugary drinks like fruit punch and sports drinks will be replaced by no-calorie flavored water and diet sodas. The beverage industry has also had their input on standards for school beverages.

It’s a good thing we have some standards because the FDA has warned apple juice makers to limit the arsenic levels. The dairy industry eager to get in on the bandwagon wants to put aspartame in flavored milk.

The new snack standards were laid out by the U.S. Department of Agriculture in June 2013.  To be clear, the USDA snack standards only affect food and drinks sold at schools during the day and do not apply to food that kids bring from home.

School groups can still sell bags of chocolate chip cookies and brownies at fundraising bake sales on campus–once the school day is over, and kids can still bring in cupcakes for the class on birthdays. And food vendors will still be able to buy naming rights to athletic facilities, school yearbooks and event programs. Gotta love capitalism.

In a recent study published in the Journal of the American Medical Assn. Pediatrics, researchers found that as of mid-June, more than three quarters of the nation’s public elementary schools faced no state or district limits on the sale of candy, salty snacks and sugary drinks.

The USDA regulations for snacks sold at schools follows on the heels of nutritional guidelines for subsidized school lunches that were revised last year and implemented last fall. It’s a start, but is it too late to make a substantive difference for the numerous generations who have grown up without being taught what to eat and why it’s good for you?

“Millions of children will benefit from having healthier options because of the updated USDA standards for snacks and drinks sold in schools—where many of our kids consume up to half their daily calories,” said Maya Rockeymoore, director of Leadership for Healthy Communities, a policy group that is working to fight childhood obesity, in a statement.

One solution to getting children to eat more vegetables has been to add science. Adding a taste test has also proven effective in  middle schools where the consensus thinking was that kids wouldn’t touch the stuff on the school salad bar. All evidence to the contrary, the best evidence points to reaching them at an early age while participating with their peers.

Knowing how to be healthy isn’t so complicated that we need tons of regulations. An educated consumer will make the right choice more often than not. That’s basic self interest. That’s also the best way to drive a market. When Riverside Unified School Districts Rodney Taylor offered to pay the local organic farmers in 30 days, unheard of in school district accounts payable, the acreage in organic production for the schools went from two to forty acres in just a few short years.

That’s a testament to not only a forward thinking food service program, but it’s the proof in the pudding so to speak, that kids know what’s good for them. If they’re given a chance to taste it along with their friends, learning what to eat will be the best long term result from their education.