What a concept, food education occurring in schools.  It sounds like it’s one small step for man and if things go well, maybe one big step for mankind, or at least for mankind’s children. Now if we can educate them about GMO foods we just might have something.

By Mary Clare Jalonick and Connie Cass The Associated Press

WASHINGTON – Kids, your days of blowing off those healthier school lunches and filling up on cookies from the vending machine are numbered. The government is onto you.

For the first time, the Agriculture Department is telling schools what sorts of snacks they can sell. The new restrictions announced Thursday fill a gap in nutrition rules that allowed many students to load up on fat, sugar and salt despite the existing guidelines for healthy meals.

“Parents will no longer have to worry that their kids are using their lunch money to buy junk food and junk drinks at school,” said Margo Wootan, a nutrition lobbyist for the Center for Science in the Public Interest who pushed for the new rules.

That doesn’t mean schools will be limited to doling out broccoli and brussels sprouts.

But say goodbye to some beloved school standbys, such as doughy pretzels, chocolate chip cookies and those little ice cream cups with their own spoons. Some may survive in low-fat or whole wheat versions. The idea is to weed out junk food and replace it with something with nutritional merit.

The bottom line, says Wootan:  “There has to be some food in the food.”

Still, 17-year-old Vanessa Herrera is partial to the Cheez-It crackers and sugar-laden Vitaminwater in her high school’s vending machine. Granola bars and bags of peanuts? Not so much.

“I don’t think anyone would eat it,” said Herrera of Rockaway, N.J.

There are no vending machines at Lauren Jones’ middle school in Hoover, Ala., but she said there’s an “a la carte” stand that sells chips, ice cream and other snacks.

“Having something sweet to go with your meal is good sometimes,” the 13-year-old said, although she also thinks that encouraging kids to eat healthier is worthwhile.

The federal snack rules don’t take effect until the 2014-15 school year, but there’s nothing to stop schools from making changes earlier.

Some students won’t notice much difference. Many schools already are working to improve their offerings. Thirty-nine states have some sort of snack food policy in place.

Rachel Snyder, 17, said earlier this year her school in Washington, Ill., stripped its vending machines of sweets. She misses the pretzel-filled M&M’s.

“If I want a sugary snack every now and then,” Snyder said, “I should be able to buy it.”

The federal rules put calorie, fat, sugar and sodium limits on almost everything sold during the day at 100,000 schools – expanding on the previous rules for meals. The Agriculture Department sets nutritional standards for schools that receive federal funds to help pay for lunches, and that covers nearly every public school and about half of private ones.

One oasis of sweetness and fat will remain: Anything students bring from home, from bagged lunches to birthday cupcakes, is exempt from the rules.

The Agriculture Department was required to draw up the rules under a law passed by Congress in 2010, championed by first lady Michelle Obama, as part of the government’s effort to combat childhood obesity. 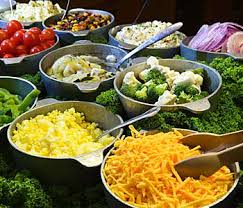 Last year’s rules making main lunch fare more nutritious faced criticism from some conservatives, including some Republicans in Congress, who said the government shouldn’t be telling kids what to eat. Mindful of that backlash, the Agriculture Department left one of the more controversial parts of the rule, the regulation of in-school fundraisers like bake sales, up to the states.

The rules have the potential to transform what many children eat at school.

In addition to meals already subject to nutrition standards, most lunchrooms also have “a la carte” lines that sell other foods – often greasy foods like mozzarella sticks and nachos. That gives students a way to circumvent the healthy lunches. Under the rules, those lines could offer healthier pizzas, low-fat hamburgers, fruit cups or yogurt and similar fare.

One of the biggest changes will be a near-ban on high-calorie sports drinks. Many beverage companies added sports drinks to school vending machines after sodas were pulled in response to criticism from the public health community.

The rule would only allow sales in high schools of sodas and sports drinks that contain 60 calories or less in a 12-ounce serving, banning the highest-calorie versions of those beverages.

Low-calorie sports drinks – Gatorade’s G2, for example – and diet drinks will be allowed in high school.

Elementary and middle schools will be allowed to sell only water, carbonated water, 100 per cent fruit or vegetable juice, and low fat and fat-free milk, including nonfat flavoured milks.

Republicans have continued to scrutinize the efforts to make school foods healthier, and at a House subcommittee hearing Thursday, Rep. Todd Rokita, R-Ind., said the “stringent rules are creating serious headaches for schools and students.”  (Not to mention county health agencies, the medical community, airline seat manufacturers, paramedics and the list goes on. Guess we better not mess with regulations when it comes to optimal health. We wouldn’t want to mess with somebody’s subsidy).

One school nutritionist testified that her school has had difficulty adjusting to the 2012 changes, and the new “a la carte” standards could also be a hardship.

The healthier foods are expensive, said Sandra Ford, president of the School Nutrition Association and director of food and nutrition services for a school district in Bradenton, Fla. She also predicted that her school district could lose $975,000 a year under the new “a la carte” guidelines because they would have to eliminate many of the popular foods they sell.  What, we’re worried that junk food manufacturer dollars going to the schools might dry up? Isn’t that the point here?  (I wonder how many by pass surgeries avoided that might work out to be.)

Riverside, CA Unified School District had implemented a la carte school salad bars years ago. They discovered that the kids loved the a la carte option. They learned what foods to eat and how much. Once the district agreed to pay the farmers in 30 days, organic agriculture production went from two acres to over 40 in a matter of two or three years. Now when the middle school kids get to high school and there isn’t a salad bar, they’re educated and a little pissed off at the same time. Now that’s education.

In a report released at the hearing, the Government Accountability Office said that in some districts students were having trouble adjusting to the new foods, leading to increased waste and kids dropping out of the school lunch program.

The food industry has been onboard with many of the changes, and several companies worked with Congress on the child nutrition law three years ago.

Angela Chieco, a mother from Clifton Park, N.Y., sees the guidelines as a good start but says it will take a bigger campaign to wean kids off junk food.

Associated Press writer Stacy A. Anderson contributed to this report.