The Benefits Of Sexual Activity In Later Life

Society should have a more favorable attitude towards sexual activity in older people because of the many benefits it brings.

That is the message of a paper being presented  Friday, 5 July 2013, by Dr David Weeks, a consultant clinical psychologist and former Head of Old Age Psychology at the Royal Edinburgh Hospital. Dr Weeks will be addressing the Annual Conference of the British Psychological Society’s Faculty of the Psychology of Older People in Colchester.

In his paper, Dr Weeks will make clear the relevance of exploratory research on people with eccentric behaviours and personality, and of research on people who look and feel significantly younger than their chronological age, to the health, longevity and especially the sex lives of the general population. 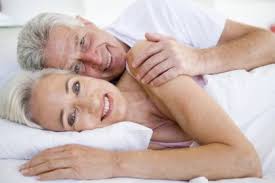 Drawing on his 38 years of clinical practice and research, he will argue that the key ingredients for looking younger are staying active and maintaining a good sex life.

Dr Weeks says: “When people contemplate ageing their thinking is riven with negative stereotypes and ageist myths – those who are most prejudiced against older people know them least. And misconceptions of this kind generate irrational prohibitive feelings, making sexual experiences less enjoyable for both partners within a relationship.

“Yet the quality of sexual expression maintained in older adults is a predictor of good general health and well-being. In a Welsh heart disease study from 1997, the mortality risk was 50 per cent lower in the group of men with high orgasmic frequency (twice a week or more) than in the group with low frequency.

“Sexual satisfaction is a major contributor to quality of life, ranking at least as high as spiritual or religious commitment and other morale factors, so more positive attitudes towards mature sex should be vigorously promoted.

“Sexuality is not the prerogative of younger people and nor should it be.”