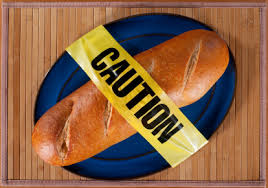 Scientists from INRA and INSERM (France) in collaboration with scientists from McMaster University (Canada) and the Ecole polytechnique fédérale of Zurich (Switzerland) have shown that Elafin, a human protein, plays a key role against the inflammatory reaction typical of celiac disease (gluten intolerance).

They have also developed a probiotic bacterium able to deliver Elafin in the gut of mice. This innovation, published online in the American Journal of Gastroenterology on 8 April 2014, paves the way to new strategies to treat gluten intolerance.

Celiac disease is an auto-immune pathology that occurs in individuals genetically predisposed to gluten intolerance. Affected people do not harbor the enzymes required to degrade gluten during digestion. Inflammatory reactions are induced by this abnormal digestion which can lead to the destruction of the gut barrier that is essential for nutrients absorption.

Celiac disease causes chronic abdominal pain (diarrhea, cramps…) and predisposes to certain cancers (small intestine, lymphoma). Its prevalence is estimated between 1/500 and 1/300; no curative treatment currently exist and the only solution is a lifelong gluten-free diet.

They identified that Elafin is capable of preventing the destruction of the gut barrier during inflammation, and that Elafin is able to interact with enzymes responsible for the abnormal breakdown of gluten: transglutaminase-2. Consequently, Elafin reduces gluten toxicity.

These observations led the scientists to propose a way to deliver the missing Elafin in celiac patients with help of a harmless bacterium that is often present in food: a lactic bacterium strain (Lactococcus lactis), that scientists transformed in order to express Elafin. The use of this strain, developed by the same teams from INRA and INSERM, enables a targeted and local production of Elafin, and represents a recent and innovative strategy.

The first pre-clinical results pave the way to new therapies for Inflammatory Bowel Disease or IBD (no curative treatment exist). In the present study, the scientists have administered this bacterium to gluten intolerant mice.They showed that the Elafin delivered by the probiotic decreases significantly the inflammatory reaction. This strategy, patented by INRA in May 2013, opens promising prospects to treat celiac disease and gluten intolerance in general.

The next step will consist in defining the mechanisms underlying the positive effects of elafin in celiac disease, and in the identification of bacteria that naturally produce proteins with anti-inflammatory properties similar to elafin.   http://presse.inra.fr/en/Resources/Press-releases/A-natural-protein-Elafin-against-gluten-intolerance

Healthy Aspirations and the Disconnect From Health Actions