Now that we can reverse engineer behavior deficits to neurocognitive deficits, I wonder how long will it take before we layer in the nutritional deficits and apply the same statistical rigor to that data set. Seems like low hanging fruit to me. Pun intended.

Researchers at the University of Montreal and CHU Sainte-Justine Research Centre have traced the origins of ADHD,

substance abuse and conduct disorder, and found that they develop from the same neurocognitive deficits, which in turn explains why they often occur together.

“Psychopathology exists on multiple continua of brain function.  Some of these dimensions contribute to a multitude of problems, others contribute to specific problems.

Together, they explain patterns of comorbidity such as why ADHD and conduct problems co-occur with substance misuse at such a high rate,” explained the study’s lead author, Professor Patricia Conrod.

“Our findings suggest that risk for externalizing problems exist on a continuum in the general population, are easily measured and can be targeted before diagnosable problems arise.

The findings also help reduce stigma and address some of the complexities when diagnosing and treating concurrent psychiatric problems.

The implications are that clinicians can manage multiple psychiatric problems by focusing on how a young person is functioning on a few key neurocognitive dimensions.  The next step is to develop evidence-based intervention strategies that will target these three areas of brain function”

The findings were established by studying the reward sensitivity and decision making patterns of 1,778 European 14-year-olds of comparable demographic profile.

The teens were asked to undertake several tasks while undergoing an MRI and answer personality questionnaires. Clinicians also profiled the participants, once at the time of the testing, and again two years later.. 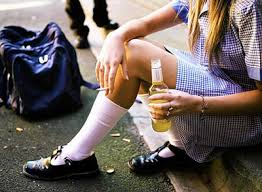 The researchers were able to use statistical modelling to see what risk factors were linked to which psychiatric symptoms. “This is the first study to model ADHD, conduct disorder and substance use problems in adolescence by using a novel statistical approach that identifies the shared variance among these problems as well as the neurocognitive risk factors that are common across these problems.

Three key neurocognitive dimensions were identified as being implicated in most externalizing problems:

“There has recently been a trend in psychiatry to reformulate diagnostic categories from a dimensional and neuroscience perspective, fueled mainly by the high rates of comorbidity between certain disorders. This is precisely what we do with regards to externalizing disorders/problems. Our findings provide support for this new “dimensional” approach to psychiatric research by showing these disorder/problems share substantial variance as well as common risk factors and that they exist along a continuum in the general population.” 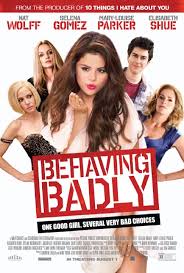 The findings shed light on the cognitive deficits that could be targeted in order to potentially help treat comorbid cases (e.g. adolescents who have been diagnosed with both conduct disorder and substance use problems).

“Comorbid cases are harder to treat and have worse prognosis than non-comorbid cases, and currently there are very few interventions or clinical strategies that are designed to treat comorbidity,” Castellanos-Ryan said.

“Prevention and intervention approaches for externalizing problems – ADHD, conduct disorder and substance use – could benefit from incorporating training components that target the brain functions or deficits related to impulsive action, impulsive choice, and reward sensitivity.

Furthermore, these findings suggest that new intervention and prevention strategies targeting these deficits, either at the personality, cognitive or neural level, have the potential to concurrently impact on a number of clinical outcomes during adolescence and potentially before problems occur.”