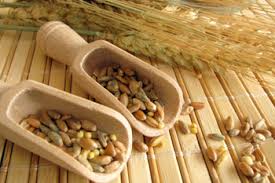 The randomized, placebo-controlled, double-blinded study involved 48 healthy people equally divided into two groups. One group consumed a placebo, while the other group consumed a 250 mg serving of Wellmune WPG daily for four weeks in an area of southeast Ohio where pollen counts are high. Participants completed allergy surveys, including the Rhinoconjunctivitis Quality of Life Questionnaire (RQLQ) to asses differences in allergy symptoms.