LOMA LINDA, CA – April 9, 2014 – Among more than 26,000 black Seventh-day Adventists, those who are vegetarians are at lower risk for heart disease, compared with their meat-eating counterparts, according to results of a new Loma Linda University Health study. 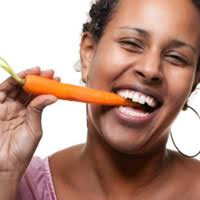 AHS-2, funded by the National Institutes of Health (NIH), is a long-running study of members throughout North America of the Seventh-day Adventist Church focusing on nutrition, lifestyle, and health outcomes. The Seventh-day Adventists are a unique study subject because they have a wide variety of dietary habits, but in general have a very low percentage of alcohol consumption or cigarette smoking, non-dietary factors that may otherwise impact the study.

The study results show that compared with their non-vegetarian counterparts, black vegetarian Adventists were at less risk for hypertension, diabetes, high blood pressure, total cholesterol, and high blood-LDL cholesterol. The study was a cross-sectional analysis of the data, and does not conclusively establish cause. In the future, the study involving black subjects also plans to look directly at heart disease experience rather than risk factors for heart disease.

“There’s a growing body of evidence that vegetarian diets lower the risk for cardiovascular diseases and other diseases,” she said, noting that AHS-2 is one of the few that has such a large number of black participants, which is important since they generally have some of the worst health outcomes among minority populations.

The abstract of the study is available by going to this link: