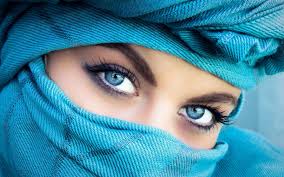 Nature is constantly shuffling the human genome, creating a genetic cocktail of human chromosomes and trying out different changes as it does so

A genetic mutation 6,000-10,000 years ago is the cause of the eye color of all blue-eyed humans alive on the planet today.

New research shows that people with blue eyes have a single, common ancestor. Scientists have tracked down a genetic mutation which took place 6,000-10,000 years ago and is the cause of the eye color of all blue-eyed humans alive on the planet today.

What is the genetic mutation

“Originally, we all had brown eyes,” said Professor Hans Eiberg from the Department of Cellular and Molecular Medicine. “But a genetic mutation affecting the OCA2 gene in our chromosomes resulted in the creation of a “switch,” which literally “turned off” the ability to produce brown eyes.”

The OCA2 gene codes for the so-called P protein, which is involved in the production of melanin, the pigment that gives colour to our hair, eyes and skin. The “switch,” which is located in the gene adjacent to OCA2 does not, however, turn off the gene entirely, but rather limits its action to reducing the production of melanin in the iris — effectively “diluting” brown eyes to blue. The switch’s effect on OCA2 is very specific therefore. If the OCA2 gene had been completely destroyed or turned off, human beings would be without melanin in their hair, eyes or skin colour — a condition known as albinism.

Professor Eiberg and his team examined mitochondrial DNA and compared the eye colour of blue-eyed individuals in countries as diverse as Jordan, Denmark and Turkey. His findings are the latest in a decade of genetic research, which began in 1996, when Professor Eiberg first implicated the OCA2 gene as being responsible for eye colour.

The mutation of brown eyes to blue represents neither a positive nor a negative mutation. It is one of several mutations such as hair colour, baldness, freckles and beauty spots, which neither increases nor reduces a human’s chance of survival. As Professor Eiberg says, “it simply shows that nature is constantly shuffling the human genome, creating a genetic cocktail of human chromosomes and trying out different changes as it does so.”

Materials provided by University of Copenhagen

. Note: Content may be edited for style and length.