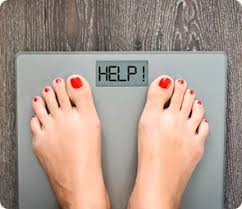 The metabolism of dangerous hepatic lipids was “strongly linked” to rapid increases in B vitamins and the bacteria that produce folic acid.

“We found that the diet, independently of weight-loss, induced rapid and dramatic reductions of liver fat and other cardiometabolic risk factors, and revealed hitherto unknown underlying molecular mechanisms.”

KTH The Royal Institute of Technology

New details about how a carbohydrate-restricted diet improves metabolism were revealed in a study published today, which could lead to improved treatments for non-alcoholic fatty liver disease (NAFLD).

A research team in Sweden examined  the effects of reduced carbohydrate consumption – without an accompanying reduction in calorie intake – by putting 10 subjects with obesity and high liver fat on a two-week diet. The study, which involved KTH Royal Institute of Technology’s SciLifeLab research center, combined clinical and big data analysis to determine the subsequent changes in metabolism and gut bacteria.

By doing so, they identified why the subjects showed “rapid and dramatic” reductions of liver fat and other cardiometabolic risk factors, along with marked decreases in synthesis of hepatic fat. Published today in Cell Metabolism, the work was authored by researchers from KTH, University of Gothenburg and other international collaborators.

Adil Mardinoglu, a systems biology researcher at KTH, says that the subjects were restricted to an isocaloric, low-carbohydrate diet with increased protein content. The researchers found that the metabolism of dangerous hepatic lipids was “strongly linked” to rapid increases in B vitamins and the bacteria that produce folic acid.

“A carbohydrate-restricted dietary intervention such as the one we used can be an efficient treatment strategy for a severe health problem, as medical science continues the development of new drugs,” Mardinoglu says.

The study relied upon a combination of systems medicine and advanced clinical studies, with close interaction between experts in systems medicine, basic scientists, nutritionists and clinicians. Combining forces enabled the team to apply a “multi-omics” approach, which means integrating multiple data sets from the body’s omes (genome, proteome, transcriptome, etc.) to identify biomarkers.

“We’ve moved from an era where scientists could work individually and command – in one laboratory – everything they needed, to a world that’s much more interactive,” Mardinoglu says.

Lead author Jan Boren, a professor at University of Gothenburg, says: “We found that the diet, independently of weight-loss, induced rapid and dramatic reductions of liver fat and other cardiometabolic risk factors, and revealed hitherto unknown underlying molecular mechanisms.

“It’s important, however, to clarify that diets are complicated and that one type of diet does not fit everyone. For example, subjects with hypercholesterolemia should be careful.”

Liver fat is the earliest abnormality in the pathogenesis of both NAFLD and alcoholic fatty liver disease (AFLD) due to metabolic risk factors associated with insulin resistance and metabolic syndrome in the presence or absence of alcohol consumption.

Therefore, the strategies the research team identified could be used also for the treatment of AFLD patients, Boren says.

Scientists Uncover How Protein Aggregation Can Lead to Neurodegenerative Diseases