From the Wall Street Journal By KEVIN HELLIKER

A nationwide survey of college freshmen found that their emotional health had fallen to the lowest level since the poll was introduced a quarter century ago. 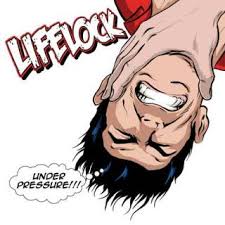 Some 52% of first-year college students rated their emotional health as above average or in the highest 10% in the survey taken last fall. That’s down from 55.3% in the year-earlier survey, and well below the nearly 64% of respondents who gave themselves high ratings in 1985, the first year students were asked about their emotional health.

The “Freshman Survey,” administered by UCLA’s Higher Education Research Institute, encompasses responses from more than 200,000 first-year, full-time students at nearly 280 U.S. colleges and universities. The survey, which also asks a host of other questions, is well regarded among college administrators, partly because the response rate usually exceeds 90%.

College administrators said the survey is likely to add force to an ongoing effort to bolster mental-health services on campus. “The trend has been more students coming to college who either have been diagnosed with mental health issues or who are proactive at seeking out help,” says Anne Dueweke, director of institutional research at Kalamazoo College in Michigan.

challenges at a higher rate than males.

“We’ve known for some time that first-year college women are coming to college with more distress and at a much greater risk for depression than college men,” says Karl Laves, a director of counseling at Western Kentucky University.

College administrators urge freshmen to complete the survey because it produces demographic data that the admissions process often fails to collect, such as religious affiliation, parental-career information and whether students are the first in their families to attend college. The survey also enables individual colleges to compare freshmen to those at peer institutions.