Dopamine Regulates The Motivation To Act

The widespread belief that dopamine regulates pleasure could go down in history with the latest research results on the role of this neurotransmitter. Researchers have proved that it regulates motivation, causing individuals to initiate and persevere to obtain something either positive or negative. 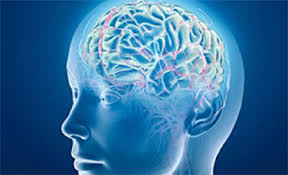 The neuroscience journal Neuron publishes an article by researchers at the Universitat Jaume I of Castellón that reviews the prevailing theory on dopamine and poses a major paradigm shift with applications in diseases related to lack of motivation and mental fatigue and depression, Parkinson’s, multiple sclerosis, fibromyalgia, etc. and diseases where there is excessive motivation and persistence as in the case of addictions.

“It was believed that dopamine regulated pleasure and reward and that we release it when we obtain something that satisfies us, but in fact the latest scientific evidence shows that this neurotransmitter acts before that, it actually encourages us to act. In other words, dopamine is released in order to achieve something good or to avoid something evil”, explains Mercè Correa.

Studies had shown that dopamine is released by pleasurable sensations but also by stress, pain or loss. These research results however had been skewed to only highlight the positive influence, according to Correa. The new article is a review of the paradigm based on the data from several investigations, including those conducted over the past two decades by the Castellón group in collaboration with the John Salamone of the University of Connecticut (USA), on the role of dopamine in the motivated behaviour in animals.

The level of dopamine depends on individuals, so some people are more persistent than others to achieve a goal. “Dopamine leads to maintain the level of activity to achieve what is intended. This in principle is positive, however, it will always depend on the stimuli that are sought: whether the goal is to be a good student or to abuse of drugs” says Correa. High levels of dopamine could also explain the behavior of the so-called sensation seekers as they are more motivated to act.

Application for depression and addiction

To know the neurobiological parameters that make people be motivated by something is important to many areas such as work, education or health. Dopamine is now seen as a core neurotransmitter to address symptoms such as the lack of energy that occurs in diseases such as depression. “Depressed people do not feel like doing anything and that’s because of low dopamine levels,” explains Correa. Lack of energy and motivation is also related to other syndromes with mental fatigue such as Parkinson’s, multiple sclerosis or fibromyalgia, among others.

In the opposite case, dopamine may be involved in addictive behaviour problems, leading to an attitude of compulsive perseverance. In this sense, Correa indicates that dopamine antagonists which have been applied so far in addiction problems probably have not worked because of inadequate treatments based on a misunderstanding of the function of dopamine.