A European study investigating the links between diet and disease has found that people who consume more fruit and vegetables have a lower risk of dying from ischaemic heart disease â€“ the most common form of heart disease and one of the leading causes of death in Europe. However, the authors point out that a higher fruit and vegetable intake occurs among people with other healthy eating habits and lifestyles, and that these factors could also be associated with the lower risk of dying from IHD. The study is published online today (Wednesday 19 January) in the European Heart Journal [1]. 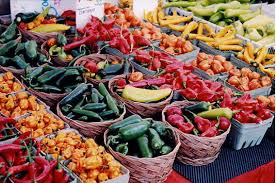 Data analysed from the European Prospective Investigation into Cancer and Nutrition (EPIC) Heart study has shown that people who ate at least eight portions of fruit and vegetables a day had a 22% lower risk of dying from IHD than did those who consumed fewer than three portions a day. A portion weighed 80 grams, equal to a small banana, a medium apple, or a small carrot.

Dr Francesca Crowe of the Cancer Epidemiology Unit at the University of Oxford, UK, and the first author of the paper by the EPIC study collaborators, said: â€œThis study involved over 300,000 people in eight different European countries, with 1,636 deaths from IHD. It shows a 4% reduced risk of dying from IHD for each additional portion of fruit and vegetables consumed above the lowest intake of two portions. In other words, the risk of a fatal IHD for someone eating five portions of fruit and vegetables a day would be 4% lower compared to someone consuming four portions a day, and so on up to eight portions or more.â€

Ischaemic heart disease (IHD) is characterised by reduced blood supply to the heart; people suffering from it can develop angina, chest pains and have a heart attack.

The EPIC study started in 1992 and recruited participants from a total of ten European countries [2] until 2000. For the analysis of IHD deaths, data from eight countries for people aged between 40 and 85 were used. Participants answered questions about their diet at the time of entry to the study and other questions about health, socio-economic status and life-style, such as smoking, drinking and exercise habits. They were followed-up for an average of nearly eight and a half years.

The researchers found that the average intake of fruit and vegetables was five portions a day; people in Greece, Italy and Spain ate more, and those in Sweden ate less.

When analyzing the data, the researchers made allowances for confounding factors such as differences in lifestyles and eating habits. However, the study could be limited by errors in measuring correctly peopleâ€™s fruit and vegetable intake as well as other aspects of their diet. In addition, the study had a higher proportion of women, which might not be generalizable to the wider European population.

Dr Crowe said: â€œThe main message from this analysis is that, in this study, people who consume more fruits and vegetables have lower risk of dying from IHD. However, we need to be cautious in our interpretation of the results because we are unsure whether the association between fruit and vegetable intake and risk of IHD is due to some other component of diet or lifestyle.

In an accompanying editorial [3], Professor Sir Michael Marmot, director of the University College London (UCL) International Institute for Society and Health, head of the UCL Department of Epidemiology and Public Health, and chairman of the Commission on Social Determinants of Health, writes that it is difficult to reach firm conclusions about causation from results that show a 22% lower risk of dying from IHD (an odds ration of 0.78) in people who eat eight portions of fruit and vegetables a day.

He continues: â€œSuch an odds ratio is, however, of huge practical importance. Cardiovascular disease is the most common cause of death. A reduction of 22% is huge. But… this reduction in mortality comes with consumption of eight portions a day, or 640g. Such a high consumption was found in only 18% of the men and women in these eight cohorts. There would need to be big shift in dietary patterns to achieve this healthy consumption of eight portions a day. It is worth trying to move in that direction. Reductions in cancers of several sites, in blood pressure and stroke, would add to this reduction in fatal CHD. Moving to a diet that emphasises fruit and vegetables is of great importance to public health.â€

[2] The ten countries include: Denmark, France, Germany, Greece, Italy, The Netherlands, Norway, Spain, Sweden and the United Kingdom. For the Heart component of the study, data from France and Norway were excluded due to the small number of IHD deaths at the end of the follow-up period.