Economic Growth Has Little Impact On Reducing Undernutrition In Children

Investment in interventions that directly impact health and nutrition are needed to tackle child undernutrition. 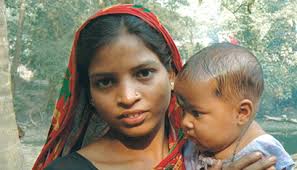 A large study of child growth patterns in 36 developing countries published in The Lancet Global Health journal has found that, contrary to widely held beliefs, economic growth is at best associated with very small, and in some cases no declines in levels of stunting, underweight, and wasting. This suggests that investment in interventions that directly impact health and nutrition are needed to tackle child undernutrition.

In this collaborative study, researchers from the Harvard School of Public Health, the University of Göttingen, ETH Zürich, and the Indian Institute of Technology Gandhinagar analysed data from nationally representative samples of children under 3 years of age taken from 121 Demographic and Health surveys done in 36 low- and middle-income countries between 1990 and 2011. They measured the effect of changes in per-head gross domestic product (GDP; adjusted for purchasing power in different countries and inflation) on stunting (462 854 children), underweight (485 152), and wasting (459 538). Using statistical modelling the researchers accounted for differences in population health between countries, as well as a wide variety of household-level characteristics such as socioeconomic status and education.

The study reports no link between economic growth and undernutrition rates at a country level. At the individual level, a 5% increase in per-head GDP was associated with a very small reduction in the odds of being stunted (0.4%), underweight (1.1%), or wasted (1.7%). Importantly, no link was observed between economic growth and undernutrition in children from the poorest households who are at greatest risk.

The authors point to three possible reasons for the persistence of undernutrition in developing countries:

According to senior author Professor S V Subramanian, from the Harvard School of Public Health, USA, “Our findings suggest that the contribution of economic growth to the reduction of undernutrition in children in developing countries is very small, if it exists at all. The importance of a ‘support-led’ strategy focusing directly on nutrition-related interventions, as well as interventions that improve the overall living circumstances that would reduce infection (eg, improving basic public health infrastructure such as water, sanitation) is of prime importance as opposed to relying solely on a ‘growth-mediated’ strategy.”**

Professor Sebastian Vollmer, lead author from the University of Göttingen, Germany, adds, “Our study by no means implies that economic development is not important in a general sense but cautions policymakers about relying solely on the trickle-down effects of economic growth on child nutrition.”**

Writing in a linked Comment, Abhijeet Singh from the University of Oxford, UK, discusses how combating child undernutrition cannot exclusively rely on policies to promote economic growth. He writes, “Public health and nutritional interventions can have an important role in reducing child undernutrition. Spears documents a clear gradient between sanitation and child undernutrition, large enough to statistically explain excess stunting in India compared with sub-Saharan African countries; in another recent study, my co-authors and I also document that the Indian Midday Meals programme in schools leads to catch-up growth to compensate for drought-related nutritional deprivation in early childhood. Although economic growth alone might not accomplish an end to child undernutrition, proven interventions targeted at nutrition might.”

*Save the Children, “Nutrition in the First 1,000 Days: State of the World’s Mothers 2012” and Worldwide timing of growth faltering: revisiting implications for interventions. Paediatrics 2010; 125: e473–80.

**Quotes direct from authors and cannot be found in text of Article.