Or, to be more precise, demanding that supplement companies do it on their orders. Action Alert!

The US Food and Drug Administration has recently issued warning letters to two different supplement companies. Here is what triggered one of them: supplement company AMARC Enterprises “liked” a Facebook customer testimonial about how their product helped “keep cancer at bay.” FDA says this means AMARC made a disease claim. Note that the customer did not even say that the product cured cancer, just that it helped keep the customer free of cancer. 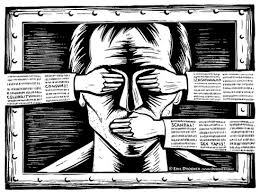 Regardless of what the comment was, are companies now responsible for customer comments on social media pages, an increasingly important form of communication and interaction between companies and the public? If a company stops allowing customer comments that might get it in hot water with the FDA, then the agency has censored consumer speech.

Here is what triggered another FDA letter to a supplement company: on the website for M.D.R. Fitness Corp., if one types disease terms into the search box, one sees information about specific products. FDA claims this constitutes an “implied” disease claim.

This goes too far. It means that even a sentence such as, “Living in a healthy way can help avoid cancer or heart attacks,” will be disallowed. Certain words will be absolutely forbidden. This is a very slippery slope. Once this line is crossed, how far will the FDA go?

What is behind all this craziness? Under the Food, Drug, and Cosmetic Act (FD&C), a drug is defined as a product “intended for use in the diagnosis, cure, mitigation, treatment, or prevention of disease in man or other animals.” FDA regulates health claims made on product labels (including supplement labels). Under this “intended use” doctrine, the FDA can conclude that a product is a “drug” based solely on a company’s promotional claims or, as with last year’s federal appeals court case of US v. Caronia, statements made by an advertiser or promoter.

For example, garlic becomes an illegal drug if an advertiser claims that the product will cure food poisoning, even 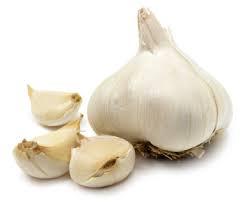 though this is verifiably true. Similarly, manuka honey becomes an illegal drug if a seller mentions that it will stop skin infections (also verifiably true, as even the New York Times has reported). There are many, many such examples.

The “intended use” doctrine can also magically change many non-traditional products into drugs or medical devices. For example, last year the FDA said the agency would likely regulate medical mobile apps on smart phones and tablets because they essentially transform a device into a regulated medical device. Developers of the apps would not be considered medical device makers unless they were marketing the product as being intended for medical uses—not unlike FDA’s approach to supplements. Now Congress is concerned about whether manufacturers of such apps will be subject to excise taxes under the Affordable Care Act.

FDA’s new warnings seem to defy the judge’s decision in US v. Caronia which, as we noted in December, mostly underscored protections of free commercial speech. FDA is using a very broad interpretation of what constitutes a disease claim, explicit or especially implied. As any Facebook user realizes, a “like” may simply be a passive acknowledgement of someone’s comment; surely it is a stretch to consider any comment that even mentions cancer to be a disease claim!

It is notable that FDA decided not to appeal the US v. Caronia ruling because the agency “does not believe that the Caronia decision will significantly affect the agency’s enforcement of the drug misbranding provisions of the Food, Drug, and Cosmetic Act.” With these latest warning letters, they’re certainly acting as if the Caronia ruling never happened.

They may, however, be a little worried. The agency buried the above warnings amid a list of other alleged infractions. The agency seems to be trying to expand its Internet regulatory reach in a piecemeal under-the-radar fashion. We need to let them know we are noticing. We also need to pass the Free Speech About Science Act.

Action Alert! Tell the FDA to stop trying to censor consumer free speech and Internet searches! Let the agency know it has gone too far. Send your message today!