Taking iron supplements one to three times a week instead of every day is just as effective at preventing anaemia in pregnant women, according to the findings of a new Cochrane systematic review. The authors of the review also showed that women experienced fewer side effects when taking iron supplements intermittently rather than daily. 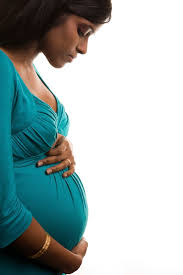 Lack of iron can cause anaemia in pregnant women, potentially increasing the risk of complications at delivery. It may also be harmful to their babies, through increased risk of low birth weight and even delayed growth and development later in life. Anaemia is diagnosed as a low level of haemoglobin in the blood. However, haemoglobin levels should be carefully controlled during pregnancy, as high concentrations have also been associated with an increased risk of babies being born early or with low birthweight. Traditionally, anaemia during pregnancy is prevented by daily supplements containing iron and folic acid, started as early in the pregnancy as possible. However, some countries, such as the UK, do not recommend routine preventive iron supplementation to all women.

The researchers analysed data from 18 trials involving a total of 4,072 pregnant women who took iron supplements alone, with folic acid or with multi-vitamin and mineral supplements. According to the results, women who took iron supplements once, twice or three times a week on non-consecutive days were no more likely to suffer from anaemia by the end of their pregnancies than those who took them daily, and their babies were no more likely to be born early or have a low birth weight. Furthermore, those taking the supplements intermittently rather than daily were less likely to experience side effects including nausea, constipation and high haemoglobin levels during pregnancy.

“Intermittent iron supplementation could be considered as a feasible alternative to daily supplementation for preventing anaemia during pregnancy, particularly in developed countries where anaemia in pregnancy is not a public health problem and there is good antenatal care for monitoring anaemia status,” said lead author Juan Pablo Peña-Rosas, Coordinator of Evidence and Programme Guidance of the Department of Nutrition for Health and Development at the World Health Organization in Geneva, Switzerland. “At the moment evidence is limited and the quality of the trials included in our review was generally low.”

The review authors say further research is needed to clarify safe maternal iron doses and their effects on infants. “It is important to evaluate new regimens to be able to respond to the need of the different countries that face different challenges in anaemia prevention during pregnancy. We would advise that trials make an effort to evaluate the health of newborns and infants from birth to six months of life or more,” said Peña-Rosas.