Brominated vegetable oil, a synthetic chemical that has been patented in Europe as a flame retardant, will no longer double as an ingredient in Gatorade sports drinks reports Tiffany Hsu for the Los Angeles Times.

Molly Carter, a spokeswoman for Gatorade owner PepsiCo Inc., said the firm has been considering the move for more than a year, working on a way to take out the ingredient without affecting the flavor of the drink.

A recent petition on Change.org to drop the chemical did not inspire the decision, Carter said, although she acknowledged that consumer feedback was the main impetus. The petition has more than 200,000 supporters.

In the petition, posted by Sarah Kavanagh of Hattiesburg, Miss., brominated vegetable oil is described as banned in Japan and the European Union.  (Brominated Vegetable Oil Material Safety Data Sheet.)

The effort quotes an article published in Scientific American suggesting that “BVO could be building up in human tissues” and that studies on mice have shown “reproductive and behavioral problems” linked to large doses of the chemical.

The reformulated Gatorade flavors “will start rolling out in the next few months,” Carter said. 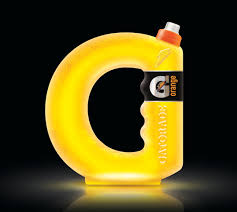 There’s no definite date for the launch because “we’re not recalling Gatorade,” she said. “We don’t think our products are unsafe. We don’t think there are health or safety risks.”

The BVO ingredient was used as a flavor emulsifier, helping to distribute Gatorade’s coloring throughout the bottle, Carter said. Now the company is swapping in another emulsifier: sucrose acetate isobutyrate.

For a look at what happens on the inside, take a look at how to make what’s for lunch stick around for dinner. Nothing like modern chemistry and food science to whip up an appetite. Or maybe not.

COCA-COLA UNDER FIRE FROM CONSUMERS FOR CONTROVERSIAL CHEMICAL IN POWERADE

ATLANTA, GA – Inspired by PepsiCo’s decision to remove a controversial chemical from Gatorade, consumer health advocate and high school sophomore Sarah Kavanagh is teaming up with Georgia woman Aveyca Price to start another petition on Change.org challenging Coca-Cola to follow its competitor’s lead and remove Brominated Vegetable Oil (BVO) from its Powerade sports drinks.  The petitions collected a joint 49,000 signatures in a matter of days.

Kavanagh, 16 years old, started her Powerade petition after winning a successful campaign to convince Gatorade to remove BVO, which attracted more than 200,000 supporters on Change.org. To promote her campaign, Kavanagh appeared on both the Today Show and The Doctor Oz Show, which helped inspire several similar petitions asking Coca-Cola to remove BVO from Powerade.

“I don’t understand why Powerade is fighting to keep BVO in its sports drinks when Gatorade, Vitamin Water, and BodyArmor will not use it,” said Kavanagh. “It should be easy for Coca-Cola to remove it from Powerade and regain some of the trust so many consumers have lost in this company.”

According to an article in Scientific American, BVO is a patented flame retardant and is banned in Europe and Japan. Research has linked this class of chemicals to health problems affecting fertility, thyroid functionality, and puberty.

More than 49,000 people have signed petitions on Change.org to Coca-Cola about Powerade, started by both Kavanagh and Atlanta-area resident Aveyca Price. Price was inspired both by Kavanagh’s success with Gatorade as well as her current battle with cancer, and the increased attention she has been giving to her diet since her diagnosis. After hearing about Kavanagh’s Gatorade campaign, Price decided she wanted to start her own petition against their primary competitor, Powerade.

“I’m concerned about my health just like everyone, but since I was diagnosed with cancer, I pay extra attention to everything I put into my body,” said Price. “That’s why I’m especially concerned about ingredients like BVO in sports drinks, and I’m thrilled that Sarah has been able to get Gatorade to remove it.”

Each signature on Sarah and Aveyca’s campaign generates an e-mail to product staff at Powerade and parent company Coca-Cola.  Sarah and Aveyca have yet to receive a response to their petitions.

Journalists interested in setting up an interview should use the contact details at the top of the page.

Chief Quality and Product Integrity Officer for The Coca-Cola Company

For more information on Change.org, please visit:
http://www.change.org/about
Change.org is the world’s fastest-growing platform for social change — growing by two million new members a month, and empowering millions of people to start, join, and win campaigns for social change in their community, city and country.