If Kafka observed the insanity of special interests resulting in legislation, I’m sure he would have written us a sequel by now. Talk about the Matrix, corn can be classified as a pesticide but we can’t say a food cures a disease even though we know this to be true. When did the inmates take over the asylum?

Genetic engineering is stretching old FDA and USDA rules to the limit – which is how a fish becomes a drug and corn a pest.

When is a fish not a fish but a drug? When government regulators take old

laws and twist themselves into knots trying to apply them to new technology.

Soon, analysts say, the system may be stretched to the breaking point. That could leave many genetically modified crops unregulated — a worry for those who fear environmental and safety risks or who believe that government vetting is key for broad public acceptance.

“It’s a bit of a mess,” said Jennifer Kuzma, a science policy expert at the Humphrey School of Public Affairs at the University of Minnesota.

The web of regulations used to govern genetically engineered species draws on more than 10 laws, all written for other purposes. Some were crafted to address issues such as tainted drugs, wheat spiked with sawdust and pollution by industrial chemicals.

The results can be odd.

Atlantic salmon that grow quickly thanks to a growth hormone gene from another salmon species are deemed “new animal drugs” because the Food and Drug Administration decided to regulate genetically engineered animals under the Food, Drug and Cosmetic Act of 1938. 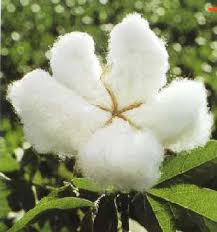 A cotton plant that makes insect-killing proteins with the help of a gene from a soil bacterium is a pesticide in the eyes of the Environmental Protection Agency, which regulates the crop under the Federal Insecticide, Fungicide and Rodenticide Act of 1972.

In what some critics deem the biggest contortion, many genetically modified crops are classified as “potential plant pests” so that the U.S. Department of Agriculture may preside over them through the Federal Plant Pest Act of 1957 — even though the key traits added to the plants have nothing to do with pests.

Some crops are regulated by more than one agency: A corn plant engineered to kill insects, for example, is reviewed by the EPA and USDA and also gets a voluntary assessment from the FDA.

Industry executives, consumer advocates and biotechnology analysts all find fault with the system, though they often disagree about what is wrong and how it should be fixed. Some feel this talk of a fish that’s a drug and corn that’s a pest does little to instill confidence in consumers, many of whom are deeply suspicious of genetic engineering to begin with.

Faith is further eroded, Kuzma and others said, because most genetically modified crops are not required to go through an FDA safety review. Companies have voluntarily shared safety data with the FDA for all genetically modified crops now grown in the U.S., but Andrew Kimbrell, executive director of the Washington, D.C.-based Center for Food Safety, says, “There should be mandatory testing.” His organization has sued the government over its handling of the crops.

People have tinkered with the DNA in plants and animals since agriculture’s early days by breeding varieties and selecting desired traits like heftier grain yields, more succulent meat or resistance to a disease-causing fungus. But these traditional methods, which are not regulated in the U.S., are imprecise. And they have limits: By and large, breeders can work only with genes that already exist in the species they’re trying to improve.

The rise of genetic engineering — in which specific genes are inserted into the DNA of a plant, animal or microbe — changed all that. Genes can come from any species, adding traits that never existed in a pig, say, or a corn plant.

The new gene must be active, so scientists attach it to a piece of DNA that serves as an “on” switch. In plants, this often comes from a virus that infects cauliflower.

The gene must then be moved into cells. For this job, scientists often use bits of DNA obtained from a bacterium that infects plants and creates a disease called crown gall.

These DNA pieces don’t harm plants. But because they come from a virus and a bacterium that do, the USDA decided it could use plant-pest laws to oversee genetically modified crops created this way. The decision amounted to “a scientific and legal fiction to get most of the crops regulated,” said Gregory Jaffe, director of the biotechnology project for the Washington, D.C.-based Center for Science in the Public Interest.

The patchwork system emerged after 1986, when the Reagan administration decided no new regulations were needed because genetic engineering didn’t pose any unique risks compared with traditional plant breeding. The thinking was that what mattered was what you ended up with, not how you got there.

The FDA later decided that genetically modified plants would be considered safe as long as they were essentially the same as conventional plants, with the same basic nutrient content and no signs of new allergens or toxins. (Genetically modified animals, by contrast, go through a full approval process.) If the plant was substantially changed, more stringent safety tests would be required. Only one plant — the Flavr Savr tomato, which ripened on the vine without softening because of a piece of engineered DNA that blocked a key enzyme — has received this level of vetting.

There is logic to the reasoning that led to the current system, said Michael Rodemeyer, a biotechnology analyst at the University of Virginia in Charlottesville. But that doesn’t mean the system is working, he added.

Many issues that worry critics — such as the emergence of herbicide-resistant weeds or the spread of foreign genes to conventional crops and wild plants — are not well addressed by the network of laws, said Doug Gurian-Sherman, senior scientist for the food and environment program of the Union of Concerned Scientists.

And existing laws may not be able to keep up with technology much longer. It is quite possible to create a plant without using any pest DNA, and companies are turning more frequently to these methods. As a result, some in the biotechnology industry are asking whether the USDA has any business regulating those products.

The USDA may agree. In 2011, regulators there decided that one such product, a genetically engineered grass, fell outside their jurisdiction. The herbicide-resistant Kentucky bluegrass was made with DNA from a mustard plant, corn and rice. The foreign DNA was added to the grass DNA by bombarding cells with metal particles, a long-used technique that escapes USDA oversight.

Regulators’ authority over genetically modified plants and animals may be even more tenuous when scientists use new methods that add no new DNA. Instead, they create tiny, precise changes in a gene — a small deletion, perhaps — to alter its function. The results are akin to using chemicals or irradiation to induce mutations, methods that aren’t regulated by the government either.

Federal agencies have tried to broaden their oversight in the past.

In 2001, the FDA proposed making the voluntary consultation process compulsory but was told by government lawyers that it did not have the legal authority to make this change.

And in 2008, the USDA floated the idea of regulating genetically modified crops under “noxious weed” laws it already had on the books, which could potentially pull many more crops into its oversight. It has yet to take that step.

Gurian-Sherman says he doesn’t lose sleep over such crops that have already been commercialized, but he’d like future products to be regulated according to their risk. Others think all crops should be treated as food additives, necessitating more stringent tests, or that the FDA’s voluntary consultation process should be beefed up and made compulsory.

Such changes would require action from Congress, but that option “fills everybody with dread; it’s kind of like dealing with the crazy uncle in the attic,” Rodemeyer said.

So regulators struggle on, wrestling square pegs into round holes.

“We sue them all the time,” Kimbrell said.