The widely used food supplement glucosamine promotes longevity in ageing mice by approximately 10% due to improved glucose metabolism.  Michael Ristow, M.D., a professor at ETH Zurich, and his team find that the compound does so “by mimicking a low-carb diet in elderly mice reflecting human retirees”.

Glucosamine has been freely available in drugstores for many decades. It is widely used to treat arthritis and to prevent joint degeneration.  Moreover, glucosamine is known to delay cancer growth.  In addition, glucosamine reduces metabolism of nutritive sugars, as was already shown some 50 years ago.

In 2007, Michael Ristow showed that too much nutritive sugar shortens the lifespan of roundworms, a widely studied model organism in ageing research. Conversely, impairing carbohydrate metabolism in these worms was capable of extending lifespan [reference 1].  Unfortunately, the method used in worms at that time unexpectedly appeared to be ineffective in rodents [reference 2], and hence was not studied further.

In the recently published study that was performed at ETH Zurich and four German research institutions, Ristow 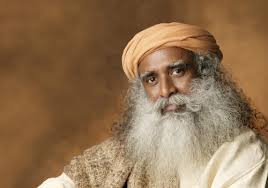 and his colleagues applied glucosamine to roundworms and found that they live around 5% longer than their untreated counterparts.

Next and most importantly, the researchers fed glucosamine to ageing mice in addition to their normal diet. The mice were 100 weeks of age, reflecting a comparative human age of approximately 65 years.  A control group of mice received no glucosamine while otherwise receiving an identical diet. Feeding the supplement to mice extended their lifespan by almost 10%, reflecting around 8 additional years of human lifespan.  Moreover, glucosamine improved glucose metabolism in elderly mice indicating protection from diabetes, a life-threatening disease most prevalent amongst the elderly.

Additional analyses revealed that glucosamine feeding promotes the breakdown of amino acids in both worms and mice.  Amino acids are key components of proteins, and they become preferentially metabolized in the absence of carbohydrates.  As Ristow points out, “this reflects the metabolic state of a low-carb diet due to glucosamine 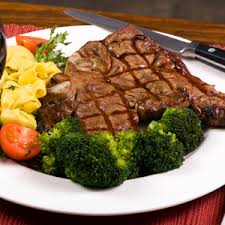 supplementation alone – while these mice ingested the same amount of carbohydrates as their unsupplemented counterparts.”  This implies that glucosamine would mimic a low-carb diet in humans as well – without the necessity of reducing the uptake of carbohydrates in our daily diet.

Should we now start taking glucosamine supplements?  Ristow replies: “This may be considered a valid option, and yes, I have started taking glucosamine myself.”  However, he points out that “diabetics should perform tight blood glucose control, especially during the first weeks.”  Interestingly, two recent epidemiological studies on more than 77,000 individuals suggest that intake of glucosamine supplements is associated with reduced mortality in humans [references 3, 4]. “Unlike with our longer living mice, such an association is no definite proof of the effectiveness of glucosamine in humans”, says Ristow. He continues, “But the chances are good, and since unlike with most other potentially lifespan-extending drugs there are no known relevant side effects of glucosamine supplementation, I would tend to recommend this supplement.”

BPA in Mothers May Harm Newborns