DAVIS, Calif.—Two new studies by University of California Davis researchers suggest grape seed extract may benefit hypertension, cholesterol and glycemic response. For the trials, scientists used patented grape seed extracts from Polyphenolics; the results were published in the Journal of Pharmacy and Nutrition Sciences and Functional Foods in Health and Disease. 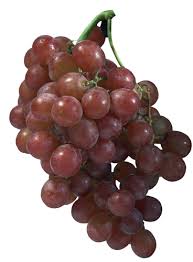 Pre-hypertension affects approximately 31% of the adult population of the United States over the age of 18 years. It is defined in the 7th report of the Joint National Committee (JNC – 7) on Prevention, Detection, Evaluation, and Treatment of High Blood Pressure as a systolic blood pressure of 120-139 mmHg or a diastolic blood pressure of 80-89 mmHg.

This study was undertaken to determine whether a grape seed extract (GSE) which is a nutraceutical containing vasodilator phenolic compounds lowers blood pressure in subjects with pre-hypertension.

The subjects were randomized into a placebo or an experimental group (GSE at a dose of 300 mg/day) and treated for 8 weeks. Serum lipids and blood glucose were measured at the beginning of the study and at the end.

The blood pressure was recorded using an ambulatory monitoring device at the start of the treatment period and at the end. Both the systolic and diastolic blood pressures were significantly lower after treatment with GSE. Treatment with the placebo had no effect on blood pressure. There were no significant changes in serum lipids or blood glucose values. These findings suggest that GSE could be used as a nutraceutical in a lifestyle modification program for patients with pre-hypertension.

Published in Functional Foods in Health and Disease, this study gave 12 participants either grape seed extract or a placebo one hour before eating a high-fat, high-carbohydrate breakfast. Plasma glucose concentrations were significantly lower for the grape seed extract group.