Individuals who increased their daily consumption of coffee by more than a cup over time had an 11% reduced risk of developing type 2 diabetes compared with people whose consumption stayed the same, according to a study in the journal Diabetologia. Individuals who reduced their coffee intake by more than a cup a day had a 17% higher risk of diabetes. 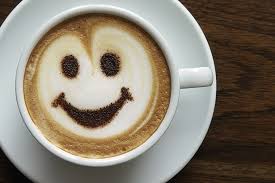 Need an excuse to drink yet another cup of coffee today?  A new study suggests that increasing coffee consumption may decrease the risk for type 2 diabetes.

The apparent relationship between coffee and type 2 diabetes is not new.  Previous studies have found that drinking a few cups or more each day may lower your risk – with each subsequent cup nudging up the benefit.

This most recent study, published in the journal Diabetologia, was more concerned with how changing coffee consumption – either increasing it or decreasing it over time – might affect your risk.

The data is based on an analysis of more than 120,000 health professionals already being followed observationally long term.  Researchers looked at the study participants’ coffee drinking habits across four years to reach their conclusions.

Just how much coffee each day provides a benefit?

“For type 2 diabetes, up to six cups per day is associated with lower risk,” said Shilpa Bhupathiraju, a research fellow at the Harvard School of Public Health and lead study author, citing previous research. “As long as coffee doesn’t give you tremors, doesn’t make you jittery, it is associated with a lot of health benefits.”

In the case of diabetes, the reasons behind the supposed protection conferred by coffee are not clear, but there are theories based on animal research.

One involves chemicals present in coffee – phenolic compounds and lignans – that may improve glucose metabolism, according to Bhupathiraju.  She added that coffee is rich in magnesium, which is also associated with a lower risk of type 2 diabetes.

Wait, though.  Before you scramble out to purchase your fourth latte of the day, it is important to note that the type of coffee matters.

Lattes and other types of specialty drinks – often laden with sugar – were not studied.  The type of coffee involved in this study tended to be a simple eight-ounce cup of black coffee containing about 100 milligrams of caffeine.

“People think of (increasing their intake) as going and drinking an extra blended drink,” said Bhupathiraju.  “We are not talking about ‘frappuchinos’ or lattes.  It’s black coffee with milk and sugar.”

Coffee good for you, but it’s OK to hold back

And while coffee may be associated with a reduction in some chronic diseases (not just diabetes, but cardiovascular disease, certain cancers, and – according to a New England Journal of Medicine study – with a longer life, overall) scientists are still  reluctant to call coffee a panacea.

That doesn’t mean you can’t enjoy one more cup in the meantime. 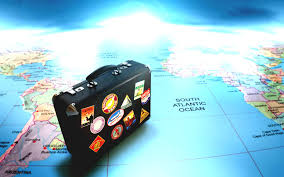 This useful guide covers some basics, the ones we often forget or overlook. Some of these are good habits to develop. Bon Voyage