Heading To An Era Of Personalized Nutrition

Tailoring people’s diet to optimize their health and minimize their risk of disease, is a new scientific approach called personalized nutrition. But it remains a challenge. 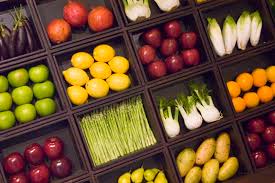 After personalized medicine, we are entering the era of personalized nutrition. But this approach requires testing before being applicable. This is what a new EU-funded research project, called food4me, is attempting to do.

The project involves recruiting volunteers, analysing their food intake and blood samples and their genetics through a mainly web-based approach. Participants will receive dietary advice taking into account their food preferences. They will also receive help to plan their nutrition according to their genetic profile and blood test results.

Awareness and Telling the Truth

But part of the problem with customising dietary advice is that people often tweak the truth. “When you ask people to write down what they have eaten they try to cheat on you. They cheat on themselves too,” explains nutritional scientist Hannelore Daniel, chair of nutrition physiology at the Technical University of Munich, Germany.

She is the project scientist responsible for reviewing how technology can help get around such cheating and how it can better dispense advice. “In the near future, we will have new tools that, for example, take a photograph of your plate. Software then analyses the volume of fresh broccoli, French fries or whatever else is there. It then goes back and calculates the nutritional composition and says this person has so many calories, carbohydrates, proteins and fats and at the same time it can record and feed in likes and dislikes,” she explains.

At the moment, nutritionists take such information directly from people and come up with advice for each individual. But Daniel is working towards the day when the computer can come back without any human input. “Computers can learn and we can define sophisticated algorithms. You could have an artificial dietitian that comes via a video and tells you what to do or not do,” she tells CommNet. Part of the project is also looking at how consumers would react to such personalised advice.

Experts say personalised advice could jolt people enough into changing their diet. “Often the people that need the 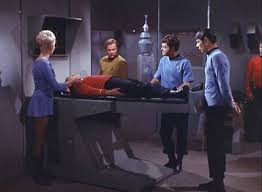 diet the most are the ones that do not follow it,” explains José Ordovás, professor in nutrition and genetics at Tufts University, located near Boston in Massachusetts, USA, who is not part of the project. Therefore, “one of the goals of the personalised recommendations based on the genome is to provide that ‘teachable moment’ that makes people more aware of the problem and the solution, and this may motivate them to adhere to a good diet for which is evidence supporting the benefit,” he tells CommNet.

“Computers can learn and we can define sophisticated algorithms. You could have an artificial dietitian that comes via a video and tells you what to do or not do,”

One such example is seen in the work of Anne Parle-McDermott, geneticist and leader of the nutritional genomics group at Dublin City University, Ireland, who is unravelling how the nutrient folate plays a role in health and disease. She has been focusing on a gene variant affecting 10% of the population in Ireland. These individuals would benefit greatly from greater folate intake, as they “tend to have a higher risk of certain diseases including birth defects and potentially raised blood pressure.” Knowing this fact might well influence people’s diet or lead them to take folate supplements, she thinks. And being able to test and then influence a person’s diet to take this into account could mean fewer birth defects. Having such clear benefits should spur demand for personalised nutrition.

Further personalised diet applications can already be anticipated. For example, a major part of Daniel’s project focuses on dried blood spots. Some of her project partners employ high-tech chemical techniques to see what a person’s levels of fatty acids, glucose, cholesterol or vitamins like the B vitamin folate. For example, “we are exploring whether we can get a good idea of someone’s vitamin D status by analysing a few cells that we take from their skin. The cells are taken using a sticky tape,” Daniel tells CommNet. She is also analysing folates using dried blood spots with a partner at her university.

José Ordovás concludes: “There are healthy and unhealthy diets. This is the starting point. Then, we can go deeper and develop healthier diets for specific groups of individuals that may need fine tuning.”

That’s what playing the “Is It Healthy?” Game looks like when science and technology are used in service to nutrition.