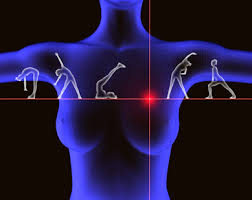 Heart disease may put older postmenopausal women at higher risk for decreased brain function such as dementia, according to new research in Journal of the American Heart Association.

“Our study provides further new evidence that this relationship (between heart disease and dementia) does exist, especially among postmenopausal women,” said study author Bernhard Haring, M.D., M.P.H., clinical fellow in the Comprehensive Heart Failure Center and the Department of Internal Medicine I at the University of Würzburg in Germany. “And many different types of heart disease or vascular disease are associated with declining brain function.”

Researchers, conducting neurocognitive exams on nearly 6,500 U.S. women ages 65-79 who had healthy brain function at the start of the study, found:

“Women with heart disease — in particular women who have had a heart attack, bypass surgery, heart failure, atrial fibrillation, peripheral vascular disease or carotid endarterectomy — should be monitored by their doctors for potential cognitive decline,” Haring said. “It is also very important to adequately manage heart disease risk factors such as high blood pressure and diabetes.”

Dementia is an increasingly significant problem in developed countries, so researchers said more study is warranted on how preventing cardiovascular disease may preserve cognitive health.

The National Institutes of Health funded the study.

Tips To Ward Off Summer Bugs

Manage Cookie Consent
To provide the best experiences, we use technologies like cookies to store and/or access device information. Consenting to these technologies will allow us to process data such as browsing behavior or unique IDs on this site. Not consenting or withdrawing consent, may adversely affect certain features and functions.
Manage options Manage services Manage vendors Read more about these purposes
View preferences
{title} {title} {title}