Those cups of coffee that you drink every day to keep alert appear to have an extra perk – especially if you’re an older adult. A recent study monitoring the memory and thinking processes of people older than 65 found that all those with higher blood caffeine levels avoided the onset of Alzheimer’s disease in the two-to-four years of study follow-up. Moreover, coffee appeared to be the major or only source of caffeine for these individuals.

Researchers from the University of South Florida (www.usf.edu) and the University of Miami (www.miami.edu) say the case control study provides the first direct evidence that caffeine/coffee intake is associated with a reduced risk of dementia or delayed onset. Their findings will appear in the online version of an article to be published June 5 in the Journal of Alzheimer’s Disease, published by IOS Press (http://health.usf.edu/nocms/publicaffairs/now/pdfs/JAD111781.pdf). The collaborative study involved 124 people, ages 65 to 88, in Tampa and Miami. 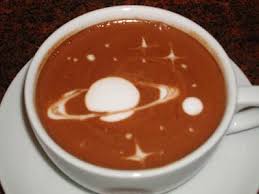 “These intriguing results suggest that older adults with mild memory impairment who drink moderate levels of coffee — about 3 cups a day — will not convert to Alzheimer’s disease — or at least will experience a substantial delay before converting to Alzheimer’s,” said study lead author Dr. Chuanhai Cao, a neuroscientist at the USF College of Pharmacy and the USF Health Byrd Alzheimer’s Institute. “The results from this study, along with our earlier studies in Alzheimer’s mice, are very consistent in indicating that moderate daily caffeine/coffee intake throughout adulthood should appreciably protect against Alzheimer’s disease later in life.”

The study shows this protection probably occurs even in older people with early signs of the disease, called mild cognitive impairment, or MCI. Patients with MCI already experience some short-term memory loss and initial Alzheimer’s pathology in their brains. Each year, about 15 percent of MCI patients progress to full-blown Alzheimer’s disease. The researchers focused on study participants with MCI, because many were destined to develop Alzheimer’s within a few years.

Blood caffeine levels at the study’s onset were substantially lower (51 percent less) in participants diagnosed with MCI who progressed to dementia during the two-to-four year follow-up than in those whose mild cognitive impairment remained stable over the same period.

“Moderate daily consumption of caffeinated coffee appears to be the best dietary option for long-term protection against Alzheimer’s memory loss,”

“We found that 100 percent of the MCI patients with plasma caffeine levels above the critical level experienced no conversion to Alzheimer’s disease during the two-to-four year follow-up period,” said study co-author Dr. Gary Arendash. 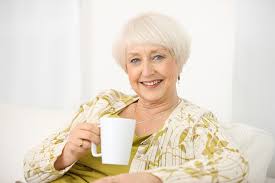 Since 2006, USF’s Dr. Cao and Dr. Arendash have published several studies investigating the effects of caffeine/coffee administered to Alzheimer’s mice. Most recently, they reported that caffeine interacts with a yet unidentified component of coffee to boost blood levels of a critical growth factor that seems to fight off the Alzheimer’s disease process.

Alzheimer’s pathology is a process in which plaques and tangles accumulate in the brain, killing nerve cells, destroying neural connections, and ultimately leading to progressive and irreversible memory loss. Since the neurodegenerative disease starts one or two decades before cognitive decline becomes apparent, the study authors point out, any intervention to cut the risk of Alzheimer’s should ideally begin that far in advance of symptoms.

“Moderate daily consumption of caffeinated coffee appears to be the best dietary option for long-term protection against Alzheimer’s memory loss,” Dr. Arendash said. “Coffee is inexpensive, readilyavailable, easily gets into the brain, and has few side-effects for most of us. Moreover, our studies show that caffeine and coffee appear to directly attack the Alzheimer’s disease process.”

In addition to Alzheimer’s disease, moderate caffeine/coffee intake appears to reduce the risk of several other diseases of aging, including Parkinson’s disease, stroke, Type II diabetes, and breast cancer. However, supporting studies for these benefits have all been observational (uncontrolled), and controlled clinical trials are needed to definitively demonstrate therapeutic value.

A study tracking the health and coffee consumption of more than 400,000 older adults for 13 years, and published earlier this year in the New England Journal of Medicine, found that coffee drinkers reduced their risk of dying from heart disease, lung disease, pneumonia, stroke, diabetes, infections, and even injuries and accidents.

With new Alzheimer’s diagnostic guidelines encompassing the full continuum of the disease, approximately 10 million Americans now fall within one of three developmental stages of Alzheimer’s disease — Alzheimer’s disease brain pathology only, MCI, or diagnosed Alzheimer’s disease. That number is expected to climb even higher as the baby-boomer generation continues to enter older age, unless an effective and proven preventive measure is identified.

“If we could conduct a large cohort study to look into the mechanisms of how and why coffee and caffeine can delay or prevent Alzheimer’s disease, it might result in billions of dollars in savings each year in addition to improved quality of life,” Dr. Cao said.

The USF-UM study was funded by the NIH-designated Florida Alzheimer’s Disease Research Center and the State of Florida.