How to Burn More Fat by Exercising Less

“We thought the findings [regarding exercising less—smarter] were startling because it suggests the overall volume of exercise people need to do is lower than what’s recommended.” – M. Gibala, McMaster University

By Jonathan Bailor  on En*Theos

It looks like the addage of “move it or lose it” still applies when it comes to weight loss. Here are some new tips based on recent science to make your movements more effective.

Traditional fat-loss programs require five to ten hours of exercise per week. This requirement alone accounts for much of their 95% failure rate. Who has that much spare time?

Fortunately, scientists have discovered a smarter alternative: a form of high quality exercise that unclogs us in just ten to twenty minutes per week.

Let’s quickly compare traditional exercise with this higher-quality alternative. Traditional exercise is rooted in the false Calories In – Calories Out theory of fat loss. It aims to burn calories and is done frequently, for a long time, and uses a little resistance. On the other hand, high-quality exercise is rooted in the science of the set-point. It aims to clear our hormonal clog and is done infrequently, for a short period of time, and uses a lot of resistance. This unique approach to exercise has been proven not only to heal our hormones, but also to give us all the benefits of traditional exercise—and then some—320% more efficiently.

1. Don’t Worry About “Accidentally” Building Too Much Muscle

High-quality exercise is a smarter and more productive way to think about exercise. But before getting into the details, it is important to address a common fear: that using the amount of resistance required to increase the quality of exercise makes women look like men and men look like bulldogs. The best way to address the fear of using more resistance during exercise is to understand your body.Everyone has a gene called GDF-8, and it controls a substance called myostatin, which controls the amount of muscle we have and how much it develops naturally. The base levels of myostatin and muscle in basically all women and most men make it impossible for them to naturally build bulky muscles. It does not matter how much resistance we use. The majority of us—especially women—do not have the genes to build bulky muscles using any form of exercise.

When people say, “I do more repetitions with less weight because I do not want big muscles,” they have a point…it is just the wrong point. Not only will doing all those low-quality repetitions prevent them from getting big muscles, it will prevent them from getting any substantial benefit from their exercise.One last point to help us overcome any remaining fear of resistance training. Beyond being hard to develop, muscle tissue is small. This is why trainers will tell you, “Muscle weighs more than body fat.” While muscle does not in fact weigh more than body fat, muscle does take up less space. This is why most female fitness models are about 5’6” and weigh 140 pounds. People look at them, and judging by their size, think they weigh 110 pounds. They do not. See those defined legs? That is quite a bit of muscle tissue taking up a little space, while clearing out quite a bit of clog. 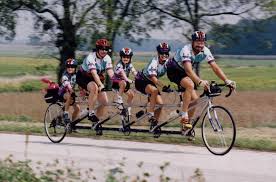 Why do people bike to burn body fat instead of drawing pictures of bikes to burn body fat? After all, both activities exercise muscles. They bike because of the amount of muscles it exercises. Riding bikes exercises a lot of muscle (the large leg muscles) while drawing bikes works a little muscle (the small hand muscles). The more muscle exercised, the better our results. Obvious, you say.Here is what is not so obvious. Just as we get more results in less time by working more muscles within our body, we get even more results in even less time by working more of the muscle fibers which make up our muscles.

So far, this has been as simple as it gets. The physiology of our muscle fibers, and how exercising less—but smarter—works more of them, is a bit more complex, but the basic concept is easy once you understand three basic principles of how our muscles function:

Once we dig into why this matters, everything you thought you knew about exercise will get flipped on its head. 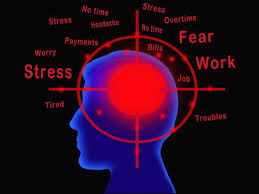 Join the Academy for Optimal Living and get access to all kinds of awesome Livestream classes to help you optimize your life. All for a silly affordable 8 bucks a month.

6. Exercise with Such High Quality that Exercising Frequently Is Impossible

If we cut grass lower, we can mow our lawn less often. That is not some too-good-to-be-true gimmick. That is common sense. The more grass we cut off, the more time is needed to grow it back. Similarly, by exercising our muscles more deeply, we can exercise less often. The more muscle fibers we exercise, the more time we need to recover.If we are exercising often, we are either not exercising Deeply or not giving our healing hormones enough time to fix our metabolism. Either way we are spending more time exercising and burning less body fat. Enough of that. Let’s do a little high-quality exercise and then sit back while our healed hormones burn body fat for us.

7. Exercise to Lower Your Set-Point By Lowering Weights

9. Exercise for Less Time, but with More Resistance, to Burn More Body Fat 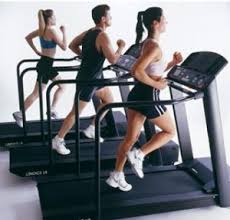 10. How To Do Shorter Smarter Cardio

Jonathan Bailor is a nutrition and exercise researcher, author, and speaker who specializes in using high-quality food and exercise to simplify health and fitness. He is the author of The Calorie Myth: How to Eat More, Exercise Less, Lose Weight, and Live Better