Human Safety Thresholds for Endocrine Disrupting Chemicals May Be Inaccurate 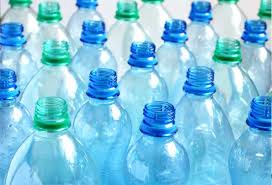 Endocrine disruptors (EDs) are compounds that interfere with animal hormone (or endocrine) systems in various ways. Sometimes, this can lead to developmental problems, including those of the reproductive system. Over the past four decades, human sperm counts have been markedly decreasing and the rate of testicular cancer rates has risen. Meanwhile, the occurance of undescended testicles and abnormally developed male urethras are also thought to be increasing. Evidence suggests that these male reproductive disorders are at least partially due to the effects of endocrine disrupting chemicals which are becoming increasingly concentrated and prevalent in the environment and that these EDs act on the testis during fetal development.

Suspected EDs include pesticides, flame retardants and chemicals found in plastic goods such as bisphenol A (BPA) – one of a group called phthalates.. Currently, the human health risk from exposure to a given endocrine disruptor is normally assessed using a rodent model. The observed safety threshold is then reduced by a factor of 100 to calculate safety levels for humans.

In a recent review, researchers from the French Institute of Health and Medical Research (INSERM), Atomic Energy Commission (CEA) and University of Paris-Diderot compared the effects of six potential EDs on the function of rat, mouse and human fetal testis at comparable stages of their development. They simulated normal testicular development in each of these species using a novel in vitro culture system called FeTA. They found that the response to these six potential EDs was similar in humans and rodents for only one third of analyses. Human testes were more than 100 times more susceptible to some compounds, including BPA, compared to in rodents. For other compounds different effects were seen between species. More recent studies have confirmed the findings using a different experimental approach. 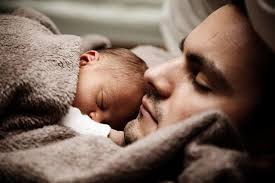 Professor René Habert, who led the study, said: “Our work suggests that for some compounds, human and rat cells show different susceptibilities. For others, there appear to be fundamental differences in the way these compounds act in humans and rodents. We think that these differences between species are even more pronounced for reproductive functions. This means we really have to question how relevant animal data is to assessing risk in humans.”

The FeTA system is an extremely reliable system for studying testicular cell development across species. It is more efficient than in vivo methods and also avoids problems of cross-contamination. “Our work highlights the fact that we need to test the effects of potential endocrine disrupting chemicals in both rat and human cells to be able to accurately predict the risk,” said Professor Habert. “The FeTA system is a great tool for comparing effects of endocrine disruptors on testis development in different species. However, the limitation is that we cannot use it to study long-term effects, as testis development can only be maintained for up to ten days, depending on the species.”

The next stage for the research is to assess the risk of BPA substitutes, including BPS and BPF, in both human and rodents. The group is also investigating how these compounds interact with rodent and human cells at the molecular level to understand how differences between species arise. “We need to develop specific tools to study chemical toxicity in human reproductive cells; this will allow us to accurately assess safety thresholds for different compounds, and re-evaluate the acceptible daily intake levels to protect human health for some of them” said Professor Habert.