Internet-Based Training Could Help The Fight Against Antibiotic Resistance 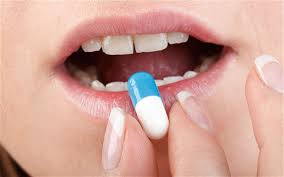 In a study, led by the University of Southampton and published in The Lancet (Wednesday 31 July), an internet-based training programme has shown to reduce antibiotics prescribing rates by as much as 62 per cent.

Paul Little, Professor of Primary Care Research at the University of Southampton, comments:

“The high volume of prescribing antibiotics in primary care is a major driver of antibiotic resistance, which is one of the great public health dangers of our time, and raises the real prospect of serious infections becoming untreatable.”
“Training has been shown to have a positive effect on lowering prescription rates but the way training has been delivered and its reliance on highly trained staff around centres of excellence severely limits the impact in everyday practice. Novel techniques are therefore needed to lead changes at a national and international level. Internet training has the advantage that it can be disseminated widely at a low cost and does not need much resource..”

Lower respiratory tract infections (LRTI), such as chest infections like bronchitis, are one of the most common acute illnesses treated in primary care in developed countries. Although viruses are believed to cause most of these infections, there is still debate about whether or not antibiotics are beneficial for some patients in the treatment of LRTI, particularly in older patients. Meanwhile antibiotics are still being prescribed in high amounts, fuelling antibiotic resistance.

In the study, from the GRACE (Genomics to Combat Resistance against Antibiotics in Community-acquired LRTI in Europe) consortium and funded by the European Community’s Sixth Framework Programme, 246 clinical practices from six countries were recruited.

The study, supported by the National Institute for Health Research Clinical Research Network in England, showed that clinicians who received training in using the CRP test or the enhanced communications skills training significantly reduced their antibiotic prescribing rates for LRTI, compared to usual care (47 per cent and 32 per cent respectively).

Furthermore, clinicians who received training in a combination of both reduced prescribing antibiotics by 62 per cent.

Additionally prescribing rates also fell for upper respiratory tract infections (e.g. colds, influenza, and throat, ear and sinus infections). These infections were not targeted by the intervention, which suggests that further modifications could be made to the internet training to better address these conditions, which would maximise the impact of training.

Do Antibiotics in Animal Feed Pose a Serious Risk to Human Health?

In 2009-11, 72% of all US sales of antimicrobials comprised those routinely added to water or animal feed. How much is that? David Wallinga, M.D. says  animal antibiotic use continues upwards while the  FDA keeps the blinders on.

Undoubtedly this has had an impact on the rise of organic agriculture. To most people, organic still means a food supply that has not been screwed with.  The good news is that all those Organic acres put together still only represent 0.71% of the 370 million acres of US cropland.

According to Steve Savage at Sustainablog, the amount of that cropland that was actually harvested in 2008 represented only 0.52% of the total.  Organic cropland area has been growing, but only at 0.0385% per year on an absolute basis (see chart below).  At that rate of growth, US Organic cropland will still represent less than 2.5% of the total in the year 2050.  That’s unless we start getting wise to the costs and impacts of continuing to subsidize the big pharma model of agriculture