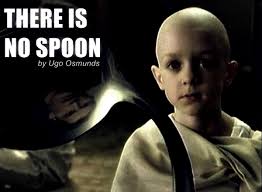 Dominic explained: “Mindfulness involves paying attention in a particular way – on purpose, in the present moment, and non-judgementally. It has been shown to reduce levels of stress and depression, and to improve feelings of well-being, but to date researchers have not established a link between mindfulness and attention skills in children.”

To do this, they measured the children’s levels of mindfulness using a questionnaire. They also measured their attention skills, using a computer game designed specifically for this purpose. They made these measurements on three occasions, at three month intervals, so that they could measure changes in attention skills over time as a result of the mindfulness course.

The results indicated that an improvement in the children’s ability to focus and deal with distractions was associated with the mindfulness course.

Dominic said: “The ability to pay attention in class is crucial for success at school. Mindfulness appears to have an effect after only a short training course, which the children thoroughly enjoyed! Through their training, the children actually learn to watch their minds working and learn to control their attention. These findings could be particularly important for helping children with attention difficulties such as ADHD. Further research on the effects of mindfulness on children’s attention is very much needed.”