What Science Says About Mini-Fasts for Weight Loss 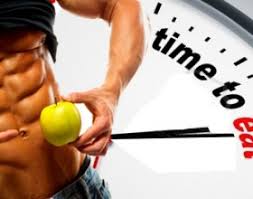 In an effort to make losing weight—and keeping it off—easier, researchers are studying what happens to the body when people eat next to nothing every few days.

Dieting books in the U.K. and elsewhere have used these studies as a springboard to tout the benefits of intermittent calorie restriction, such as the 5:2 Diet, which suggests five normal eating days and two restricted ones.

Some research shows that this more radical-sounding approach may be a struggle at first but ends up being easier to stick with compared with the typical route of cutting calories each day. Some animal studies suggest it also offers other health benefits, including cognitive improvements.

Many questions remain. For one, it isn’t clear whether the very-low-calorie element of the diet confers health benefits in humans, or if the diet simply helps people eat less and lose weight temporarily, like with daily calorie restriction. The effects on metabolism and long-term effects on nutrition and health haven’t yet been studied in humans.

It also isn’t known how much people need to hold back on their restriction days, or how many days a week to restrict is optimal. Changing eating and exercise routines typically leads to an average weight loss of about 5% of initial body weight, and usually only temporarily, studies have found.

Animal research by the government’s National Institute on Aging has shown the strategy of alternating days of eating regularly, known as intermittent fasting, appears better at improving cognitive functioning and maintaining muscle mass. Animals following a more typical reduced-calorie diet did not fare as well.

Preliminary evidence in humans suggests that a similar pattern of intermittent calorie restriction appears to lead to weight loss in the short-term. Eating much less on some days and normally on others is as or more effective than reducing one’s calories to between 1,200 and 1,500 calories daily, though continued research is needed, scientists say. (Men and women between 31 and 50 respectively need about 2,200 and 1,600 daily calories, according to the U.S. Department of Agriculture.)

Mark Mattson, chief of the laboratory of neurosciences at the National Institute on Aging in Baltimore, and colleagues have been studying intermittent fasting in animals for years. In their studies of older mice and rats and those with Alzheimer-like conditions, the ones that alternate between days of eating and fasting appear to be protected from cognitive impairment or even show signs of reversal of previous impairment compared with those with daily diet restrictions.

They have also found that these animals appear to maintain more lean mass as they get older. Animals and humans tend to lose muscle and gain fat as they age.

The thinking is that fasting for periods of as short as 16 to 24 hours seems to induce a state of mild stress in the body. The brain releases additional neurotrophic proteins that help stimulate and support the growth of neurons and other cells, heightening their responsiveness and activity. Just as exercise makes muscles stronger, fasting makes the brain stronger, Dr. Mattson says. The body chemicals produced by fasting and exercise also could help boost people’s moods.

In humans, most of the study focuses not on true alternate-day fasting, because researchers weren’t sure that humans would be able to adhere to that regimen, but on intermittent restriction, usually between 500 and 650 calories a day for two or three days a week, interspersed with days of regular eating.

Paul Hussain, 41, has been trying intermittent calorie restriction on his own for about a year. The lawyer, who splits his time between London and Geneva, was overweight, had diabetes and was experiencing stomach pain related to polyps and ulcers in 2012, he says. He began by trying calorie restriction two days per week, but found it didn’t help him, in part because he had a difficult time fasting on those two days. He decided to try alternate-day restriction instead.

After an adjustment period of about four weeks, where he was hungry and “angry, grumpy and shouting in the house,” he has settled into his routine. He eats about 600 calories a day on his “fasting days,” often lentil soup and couscous with chicken. On his “feast days,” he eats whatever he wants. He has lost about 50 pounds and no longer needs to take medication for his diabetes. The stomach ulcers have disappeared, he says.

His new diet can affect his social life, he says. If he meets friends on his fasting days, he will look at the menu ahead of time and pick out a low-calorie option. Nonetheless, sometimes friends will say they feel bad that he isn’t eating with them.

Researchers say that like Mr. Hussein, most people studied are able to adhere to the new regimen after the initial 10 to 30 days.

“We think that once the people get adjusted to the diet—it’s a big change to a diet—it is easy to adhere to,” Dr. Mattson says. “If you know that tomorrow you can eat normally, you can make it through today.”

Michelle Harvie, a research dietitian at the Nightingale and Genesis Prevention Centre at the University Hospital South Manchester, conducted a recent study looking at intermittent vs. daily calorie restriction in overweight women with a history of breast cancer. Participants were divided into groups and instructed to eat a diet for three months in a way that reduced their typical calorie intake by about 25%. The first group ate only low-carbohydrate foods for two consecutive days, while the second was limited to two straight days of low-carbohydrate, low-calorie foods. The third group restricted calories daily.

They eat only about 110% on non-fasting days, which doesn’t compensate for the amount they restricted the day before. People also report that they get used to the routine and actually can’t eat as much in general, even on their non-fasting days, Dr. Varady says.

After trying numerous diets that didn’t work, he now eats one meal daily, typically between 1,200 and 1,600 calories, then not again until at least 24 hours later. In the nearly five years he been eating this way, he has dropped to 137 pounds, from 205 pounds. The change has been so striking that friends often express disbelief. “One friend is convinced I have different genes,” Mr. Leite says with a laugh.