How to stick to those  good intentions 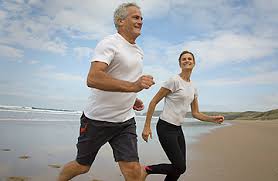 “I’m going to do more sport in the new year.“ Hardly any resolution is made more frequently than this one after the calorie-filled Christmas holidays – and hardly one that is broken as frequently. A team headed by Prof. Wolfgang Schlicht from the Institute for Sport and Movement Science at the University of Stuttgart are investigating behaviour techniques in the framework of the project “PREVIEW“[1] with which the physical activity behaviour can be changed in the long term.

The objective of the consortium with 15 partners from eleven nations is to identify those contents of nutrition and physical activity that could prevent the illness breaking out at an early stage in people in danger of becoming diabetic. The recommendations not only help potential diabetic patients but all those intending to live a healthier lifestyle in the new year.

If your trousers feel tight after too many portions of roast goose and too many biscuits, it is not only an aesthetic problem: people who are overweight and have body fat around the abdominal area bear a particularly high risk of becoming ill with type 2 diabetes. As well as massive discomfort, the consequences include serious concomitant diseases of the heart, the kidneys, the eyes, venous occlusions in the extremities up to disabilities or premature death. In Germany almost half of the adult population are overweight, including an increasing number of children. 15 to 20 percent are even considered to be clinically overweight or obese.

Along with a healthy diet, it is physical activity above all that contributes towards reducing the risk of diabetes.

Since intensive training not only sees the pounds drop off but even increases the insulin sensitivity of the muscle cells. These then react to even a low dosage of insulin so that the pancreas is spared and remains functional for a longer period. Yet many people find it hard to vanquish their inner temptation and to change their physical activity behaviour in the long term after an initial burst of motivation. In order to counter obstacles, techniques to change behaviour based on evidence (i.e. based on empirical evidence) were compiled and recorded in a manual.

Making a contract with yourself

Those who want to stay the course with their good intentions in the long term, according to the advice of the scientists, should first make a contract with themselves that records in writing the intentions and objectives but also the necessary resources and the period. 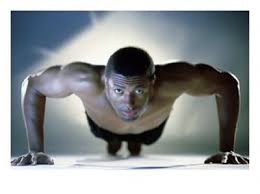 their natures and preferences. “When-then” sentences help to put the good intentions into practice, such as, for example “When I get home on Monday evening, then I’ll go for a walk for half an hour”, preferably also recorded in writing. The same procedure can also be used with predictable barriers such as “If it rains on Monday evening, I’ll do half an hour of keep fit in the living room instead“.

Documenting what you have already achieved is motivating and also serves as feedback for the targets previously set. And last but not least it is recommendable to look for support in the form of a buddy with whom you can do physical and sporting activities together.

The manual in which the above techniques on changing behaviour are also recorded is initially geared to the consultants in the study centres who accompany 2,500 participants at eight locations worldwide over a period of three years and who are trained for this in two workshops. Moreover, the Stuttgart scientists analyse the personal, social, cultural and environmental factors that could favour or obstruct the success of the study. Examples of such factors are faith in yourself, individually dealing with difficult or negative situations or dealing with temptations, such as sweets.

[1] PREVIEW – Prevention of diabetes In Europe and around the World