Weill Cornell Research Offers Patients Hope for New Treatments for an Aggressive and Common Lymphoma NEW YORK (March 3, 2013) — The powerful master regulatory transcription factor called Bcl6 is key to the survival of a majority of aggressive lymphomas, which arise from the B-cells of the immune system. The protein has long been considered too complex to target with a drug since it is also crucial to the healthy functioning of many immune cells in the body, not just B cells gone bad. 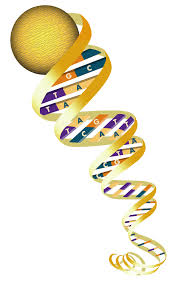 But now, in the journal Nature Immunology, researchers at Weill Cornell Medical College report that it is possible to shut down Bcl6 in the cancer, known as diffuse large B-cell lymphoma (DLBCL), while not affecting its vital function in T cells and macrophages that are needed to support a healthy immune system. “The finding comes as a very welcome surprise,” says the study’s lead investigator, Dr. Ari Melnick, Gebroe Family Professor of Hematology/Oncology and director of the Raymond and Beverly Sackler Center for Biomedical and Physical Sciences at Weill Cornell.  “This means the drugs we have developed against Bcl6 are more likely to be significantly less toxic and safer for patients with this cancer than we realized,” says Dr. Melnick, who is also a hematologist-oncologist at NewYork-Presbyterian Hospital/Weill Cornell Medical Center. If Bcl6 is completely inhibited, patients might suffer from systemic inflammation and atherosclerosis. Weill Cornell researchers conducted this new study to help clarify possible risks, as well as to understand how Bcl6 controls the various aspects of the immune system. DLBCL is the most common subtype of non-Hodgkin lymphoma — the seventh most frequently diagnosed cancer — and many of these patients are resistant to currently available treatments. “Scientists have been searching for the right answer to treat this difficult lymphoma, which, after initial treatment, can be at high risk of relapse and resistant to current therapies,” Dr. Melnick says. “Believing that Bcl6 could not be targeted, some researchers have been testing alternative therapeutic approaches. This study strongly supports the notion of using Bcl6-targeting drugs.” In fact, the findings in this study were inspired from preclinical testing of two Bcl6-targeting agents that Dr. Melnick and his Weill Cornell colleagues have developed to treat DLBCLs. These experimental drugs are RI-BPI, a peptide mimic, and the small molecule agent 79-6.  Dr. Melnick says the discovery that a master regulatory transcription factor can be targeted offers implications beyond just treating DLBCL. Recent studies from Dr. Melnick and others have revealed that Bcl6 plays a key role in the most aggressive forms of acute leukemia, as well as certain solid tumors.  Transcription factors are responsible for either inhibiting or promoting the expression of genes, and master regulatory transcription factors are the equivalent of the CPU of a computer – their actions regulate thousands of genes in different kinds of cells. For example, Bcl6 can control the type of immune cell that develops in the bone marrow — playing many roles in the development of B cells, T cells, macrophages and other cells — including a primary and essential role in enabling B-cells to generate specific antibodies against pathogens.  “When cells lose control of Bcl6, lymphomas develop in the immune system. Lymphomas are ‘addicted’ to Bcl6, and therefore Bcl6 inhibitors powerfully and quickly destroy lymphoma cells,” Dr. Melnick says. The big surprise in the current study is that rather than functioning as a single molecular machine, Bcl6 instead seems to function more like a Swiss Army knife, using different tools to control different cell types. This multi-function paradigm could represent a general model for the functioning of other master regulatory transcription factors. “In this analogy, the Swiss Army knife, or transcription factor, keeps most of its tools folded, opening only the one it needs in any given cell type,” Dr. Melnick says. “For B cells, it might open and use the knife tool; for T cells, the cork screw; for macrophages, the scissors. The amazing thing from a medical standpoint is that this means that you only need to prevent the master regulator from using certain tools to treat cancer. You don’t need to eliminate the whole knife,” he says. “In fact, we show that taking out the whole knife is harmful since the transcription factor has many other vital functions that other cells in the body need.” Prior to these study results, it was not known that a master regulator could separate its functions so precisely.  “Now we know we can take out a specific tool — to shut down a specific part of the protein — that causes the disease we want to treat.” Researchers hope this will be a major benefit to the treatment of DLBCL and perhaps other disorders that are influenced by Bcl6 and other master regulatory transcription factors. Study co-authors include Dr. Chuanxin Huang and Dr. Katerina Chatzi from the Division of Hematology and Oncology at Weil Cornell Medical College. The research was funded by grants from the National Cancer Institute, The Burroughs Wellcome Foundation and the Chemotherapy Foundation. The research was initially supported by a March of Dimes Scholar Award and facilitated by the Sackler Center for Biomedical and Physical Sciences at Weill Cornell.