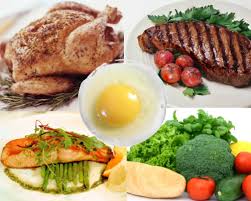 LA JOLLA, CA – Highlighting an important but unexplored area of evolution, scientists at The Scripps Research Institute (TSRI) have found evidence that, over hundreds of millions of years, an essential protein has evolved chiefly by changing how it moves, rather than by changing its basic molecular structure.

The work has implications not only for the understanding of protein evolution, but also for the design of antibiotics and other drugs that target the protein in question.

Proteins are machines that have structures and motions

“Proteins are machines that have structures and motions,” said TSRI Professor Peter E. Wright, who is the Cecil H. and Ida M. Green Investigator in Biomedical Research and a member of TSRI’s Skaggs Institute for Chemical Biology. “While we’ve known that proteins evolve via structural change, we haven’t really known until now that they also evolve via changes in their dynamics.”

Creating and studying proteins is a complicated business – in this video we take you behind the scenes with people who do it.

The new study, which appears in Nature Structural and Molecular Biology on September 29, 2013, focuses on the enzyme dihydrofolate reductase (DHFR), which is so important for synthesis of DNA that it is found in almost all living organisms. DHFR is also a frequent target of medicines, including antibiotic, anticancer and antimalarial drugs.

Wright and his laboratory have been interested in learning more about DHFR so scientists can target it more effectively and better thwart the emergence of drug resistance. In a study published in 2011 in Science, Wright and his colleagues demonstrated that the dynamics of the DHFR enzyme in the common bacterium E. coli are crucial to its catalytic function.

For the new study, the researchers analyzed and compared the dynamics of the E. coli DHFR enzyme with those of human DHFR: despite eons of separate evolution, the human and bacterial enzymes retain very similar atomic-level structures.

The team used a variety of techniques to characterize the two versions of the enzyme, including X-ray crystallography and nuclear magnetic resonance, analyses of DHFR amino-acid sequences and evaluations of the enzyme’s functionality in cells and in vitro under various conditions.

They also examined DHFRs from other species in addition to bacteria and humans to get a better idea of the evolutionary paths the enzyme took on its way to higher organisms.

“We didn’t imagine, when we started, how different the dynamics would turn out to be and that there would be an evolutionary pattern of atomic-level dynamics in the enzyme family,” said Gira Bhabha, who was first author of the study. Bhabha, a graduate student at TSRI during the study, is now a postdoctoral researcher at the University of California, San Francisco (UCSF).

E. coli DHFR uses relatively extended motions of flexible amino-acid loops in its active region to grip and release its binding partners. The human enzyme seems to move subtly and efficiently by comparison and essentially with a different mechanism. “The dominant motion in the human enzyme is a clam-shell-like movement with a twist, which allows opening and closing of its active site,” said Bhabha.

Looking Back to Chart a Path Forward

Bhabha and Wright suspect that these strikingly different dynamics of the E. coli and human DHFRs evolved as adaptations to very different cellular environments. Indeed, the human DHFR appears to be so well tuned for working in human cells that—as the researchers found—it cannot work properly in E. coli cells. “It seems that the much higher concentration of product molecules in E. coli cells effectively shuts down the human version of the enzyme,” Bhabha said.

Wright and his laboratory now plan further investigations of DHFR’s dynamics and hope eventually to elucidate the sequence of mutations that occurred to differentiate DHFR in humans and other mammals from the evolutionarily older, bacterial forms of the enzyme.

That evolutionary history should help scientists understand how evolutionary changes in DHFR lead to drug resistance. Knowing how human DHFR differs in its dynamics from its counterparts in bacteria and other disease-causing organisms also should enable researchers to design anti-DHFR drugs that are more specific for the target enzyme and have fewer side effects.

Other contributors to the study, “Divergent evolution of protein conformational dynamics in dihydrofolate reductase,” were Damian C. Ekiert, Madeleine Jennewein (who made substantial contributions to this research while working in the Wright lab as a high school and undergraduate intern), Gerard Kroon and Lisa M. Tuttle of TSRI (Ekiert and Tuttle, TSRI graduate students during the study, are now at UCSF and the Fred Hutchinson Cancer Research Center, respectively); Christian M. Zmasek and Adam Godzik of the Sanford-Burnham Medical Research Institute; TSRI Professor H. Jane Dyson, who co-supervised Bhabha’s research; and TSRI Professor Ian A. Wilson.

The study was supported by funds from the National Institute of General Medical Sciences (GM75995 and U54GM094586), the Skaggs Institute of Chemical Biology at TSRI and the Damon Runyon Cancer Research Foundation.