The Red Meat and Diabetes Link

People who increased their consumption of red meat during a four-year period were more likely to develop Type 2 diabetes in a subsequent four-year period, according to an analysis involving about 150,000 people. 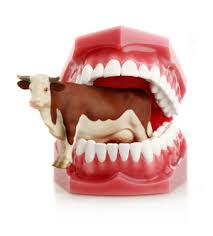 The analysis, led by researchers at the National University of Singapore, took data from three long-running Harvard University studies involving mostly nurses and doctors. The results were published online Monday in JAMA Internal Medicine, a journal of the American Medical Association. The studies were funded by grants from the National Institutes of Health.

While bumping up red-meat intake can raise diabetes risk, some experts suggest eating lean cuts of meat like certain steaks or lamb instead of fattier options like sausage.

While prior studies have also found a link between red-meat consumption and the development of Type 2 diabetes, the new analysis is believed to be the first time researchers have tracked changes in red-meat consumption over time with the risk of developing Type 2 diabetes. Study participants filled out detailed questionnaires about the types of food and drinks they consumed at the beginning of the study and every four years. The analysis looked at some 20 years of data.

Broadly, the study showed that, compared with a group of people who had no change in red-meat intake, increasing red-meat consumption by more than a half-serving per day over a four-year period was associated with a 48% increase in the risk of developing Type 2 diabetes during the next four years.

However, reducing red-meat consumption by the same amount during the same time period didn’t cut the risk of diabetes during the next four years. It did reduce the risk by 14% over a longer time period, though.

The changes were independent of other factors such as body weight and overall diet quality.

“Our results confirm the robustness of the association between red meat and [Type 2 diabetes prevention] and add further evidence that limiting red-meat consumption over time confers benefits for…prevention,” the study authors wrote. An Pan, an assistant professor at the National University of Singapore’s Saw Swee Hock School of Public Health, was the study’s lead author.

Other doctors say red meat in and of itself isn’t necessarily the trouble.

“It is not the type of protein (or meat) that is the problem; it is the type of fat,” said William J. Evans, who is affiliated with 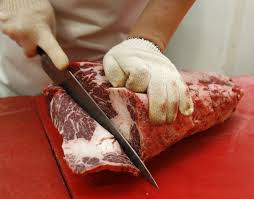 both Duke University and GlaxoSmithKline PLC., GSK.LN -1.67% and who wrote a commentary about the study that was also published online in JAMA Internal Medicine. “It’s mischaracterizing red meat as high fat,” Dr. Evans said in an interview.

He said consumers could choose lean cuts of red meat such as sirloin tips or round steak over high-fat cuts like rib-eye.

Dr. Pan could not be reached for comment Monday.

Similar to general dietary guidelines from the U.S. government, the American Diabetes Association recommends people with diabetes eat lots of vegetables and fruit and choose whole-grain foods including dried beans, as well as eating fish two or three times a week. Lean meats include cuts of beef or pork that end in “loin,” such as pork loin and sirloin.

Diabetes affects about 26 million Americans and is characterized by high blood-glucose levels caused by the body’s inability to either make or properly use insulin. Type 2 diabetes, the most common form of the disease, is often associated with weight gain and older age. The disease raises the risk of heart attacks and strokes, kidney disease, blindness, amputations and nerve damage. The other type of diabetes, Type 1, is an autoimmune disease and often diagnosed in childhood.

The Centers for Disease Control and Prevention has projected that as many as 1 in 3 U.S. adults could have diabetes by 2050. The disease is currently the seventh leading cause of death in the U.S.

Doctors say that improving diet is important not only for managing diabetes, but for keeping the adult-onset Type 2 at bay for those with the highest risk. The CDC estimates that 35% of U.S. adults age 20 and older—nearly 80 million Americans, by the agency’s estimate—are affected with prediabetes, a condition in which people have higher-than-normal blood-glucose levels. People with prediabetes also have a higher risk of developing problems like heart disease and stroke.

Researchers said one of the limitations of the study was that participants were mostly white, educated U.S. adults. Some groups have a higher risk than others for developing Type 2 diabetes, according to the diabetes association, including African-Americans and Hispanics.

The diabetes and red-meat analysis involved data from the Health Professionals Follow-Up Study collected between 1986 and 2006, as well as information from two groups of women in the Nurses’ Health studies collected during a similar time period.

A Diabetes Primer for Carnivores