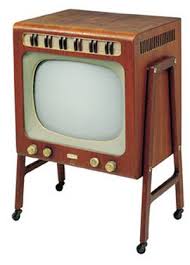 St. Louis, MO, November 4, 2009 â€“ Childhood obesity in the United States is reaching epidemic proportions. With more than one fourth of advertising on daytime and prime time television devoted to foods and beverages and continuing questions about the role television plays in obesity, a study in the November/December issue of the Journal of Nutrition Education and Behavior examines how food advertising aimed at children might be a large contributor to the problem.

Only 1 commercial was bilingual.

Childrenâ€™s networks had the highest percentage of food-related commercials. Food advertisements were predominately for sugary cereals and sweets, high fat food, convenience or fast-food restaurant food, and chips/crackers. When compared to

As children move into adolescence and begin to watch more youth programming, such as the music video programming offered by BET and MTV, they continue to be exposed to advertisements for food in less-healthful categories. Eighty percent of MTV food commercials were for fast food restaurants, sugar-added beverages, and sweets.

This is the first study of food advertising in Spanish-language American programming. Although the likelihood of an advertisement being for a food product did not differ between English- and Spanish- language networks, commercials on Spanish-language programming were more likely to be for alcohol and fast-food restaurants, which together account for a majority of the food commercials on these networks. These messages are being presented at a time when Hispanics in America are becoming increasingly obese.

In contrast, fruits, vegetables, and juices were advertised in only 1.7% of the commercials. Only one nutrition-related public service announcement was found for every 63 food ads. 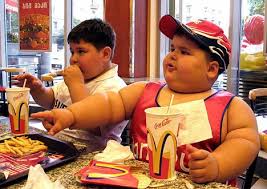 Writing in the article, the authors state, â€œStudy after study has documented the adverse health effects of food advertising targeting children and adolescents. Health educators need to develop and evaluate comprehensive nutrition programs that augment nutritional education with media use reduction strategies to lessen exposure to ads. School- and family-based programs that have attempted to reduce childrenâ€™s media use have shown promise.

Reduced media use is insufficient by itself, for food advertising has increased in other types of media children use, such as the Internet. Thus efforts should also be made to introduce media literacy training into nutrition programs. Evaluations of nutrition-focused media literacy interventions have been rare. Such literacy training can help children and adolescents understand both the economic motivations behind food advertising and the strategies used by industry to increase desire for their products. Greater awareness of the potential influence of industry may immunize young people from food advertisingâ€™s deleterious effects.â€

The article is â€œFrequency and Types of Foods Advertised on Saturday Morning and Weekday Afternoon English- and Spanish-Language American Television Programsâ€ by Robert A. Bell, PhD; Diana Cassady, DrPH; Jennifer Culp, MPH, RD; and Rina Alcalay, PhD. It appears in the Journal of Nutrition Education and Behavior, Volume 41, Issue 6, (November/December 2009) published by Elsevier.