Following a Western Style Diet May Lead to

You don’t have to be more than a little bit observant to draw the same conclusion from your own experience. The question seems to be do we want longer, vital and abundant lives more than what we’re about to put into our mouths in the moment.  Knowing this scientifically doesn’t guarantee a result. Applying the knowledge without our awareness, attention and action explains the circumstances. Optimal health has common principles. It’s up to us to chose health and the appropriate behaviors.

New Findings Reported in The American Journal of Medicine

Data from a new study of British adults suggest that adherence to a “Western-style” diet (fried and sweet food, processed and red meat, refined grains, and high-fat dairy products) reduces a person’s likelihood of achieving older ages in good health and with higher functionality. Study results appear in the May issue of The American Journal of Medicine. 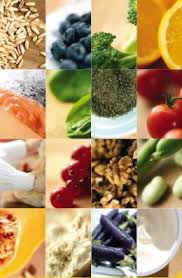 “The impact of diet on specific age-related diseases has been studied extensively, but few investigations have adopted a more holistic approach to determine the association of diet with overall health at older ages,” says lead investigator Tasnime Akbaraly, PhD, Inserm, Montpellier, France. “We examined whether diet, assessed in midlife, using dietary patterns and adherence to the Alternative Healthy Eating Index (AHEI), is associated with aging phenotypes, identified after a mean 16-year follow-up.”

The AHEI is a validated index of diet quality, originally designed to provide dietary guidelines with the specific intention to combat major chronic conditions such as cardiovascular diseases and diabetes.

Investigators analyzed findings from the British Whitehall II cohort study, which suggest that following the AHEI can double the odds of reversing metabolic syndrome, a condition known to be a strong predictor of heart disease and mortality. The research team sought to identify dietary factors that can not only prevent premature death, but also promote ideal aging.

Researchers followed 3,775 men and 1,575 women from 1985-2009 with a mean age of 51 years from the Whitehall II study. Using a combination of hospital data, results of screenings conducted every five years, and registry data, investigators identified mortality and chronic diseases among participants.

The outcomes at follow-up stage, classified into 5 categories were:

The study determined that participants with low adherence to the AHEI increased their risk of cardiovascular and noncardiovascular death. Those who followed a “Western-type diet” consisting of fried and sweet food, processed food and red meat, refined grains, and high-fat dairy products lowered their chances for ideal aging.

“We showed that following specific dietary recommendations such as the one provided by the AHEI may be useful in reducing the risk of unhealthy aging, while avoidance of the ‘Western-type foods’ might actually improve the possibility of achieving older ages free of chronic diseases and remaining highly functional,” notes Dr. Akbaraly. “A better understanding of the distinction between specific health behaviors that offer protection against diseases and those that move individuals towards ideal aging may facilitate improvements in public health prevention packages.”