Science for sale! Researchers with ties to industry are paying big money to ensure that scientific independence is a thing of the past. Apparently this is how those dumber and dumber examples  got their start.

In an interview with the journal Academe, food scientist Marion Nestle, professor of Nutrition, Food Studies, and Public Health at New York University, discussed the rampant conflicts of interest between universities, university researchers, and the Big Food industry. “Proponents of sustainable and organic production systems have a difficult time at large, land-grant agricultural universities, but the public rarely hears about their problems,” she says. Land-grant universities were created in 1882 to advance agriculture: universities were granted land so they could study farming technologies. Today, land-grant universities are both public and private.

According to a groundbreaking but chilling report, “Public Research, Private Gain: Corporate Influence Over University Agricultural Research” from Food & Water Watch, in the 1980s federal policies encouraged land-grant universities to partner with industry to develop certain products such as seeds, which were then sold to farmers under a patent scheme. By 2010, private donations from the agriculture industry accounted for nearly one-quarter of the funding for agricultural research at these land-grant universities.

“Such incidents,” says Marion Nestle, “have classic chilling effects on critical thinking about conflicts of interest. They make it clear that tenure is a necessary prerequisite for expressing concerns about corporate control of the food supply.”

Here are just a few of the conflict-ridden industry donations to universities:

Washington State University–Pullman offers an MBA degree—but this one is a Masters in Beef Advocacy, an industry-funded program that trains college students to fight back against critics of big agribusiness. The degree is designed to equip beef producers across the country “to tell their story in presentations to schools and church/civic groups, through local media and in the ‘virtual’ world of the Internet.”

Professors who speak out often face a backlash. In 2009 Michael Pollan, noted author and professor of journalism at the UC Berkeley Graduate School of Journalism, was supposed to lecture at Cal Poly San Luis Obispo, but Harris Ranch Beef Co. threatened to pull its $150,000 donation from the school if the lecture went forward. Sponsors of Pollan’s lectures have also faced resistance from farm businesses in Washington and Wisconsin.

Iowa State University’s Leopold Center for Sustainable Agriculture was the scene of some dramatic pressure tactics: the Center had been a staunch advocate for alternative and sustainable agriculture. Suddenly its director, Fred Kirschenmann, was forced to step down. What happened? We don’t know for sure. But the Leopold Center operates under the authority of Iowa State University’s College of Agriculture, and the USDA, which is largely controlled by GMO interests, gave the university $56.8 million in 2012. On top of that, the state of Iowa gives the university $216.6 million to support its daily operations, so there is undoubted pressure from the state as well—Iowa received $23.6 billion in federal agriculture subsidies between 1995 and 2011, and leads all states in hog production, most of them from CAFOs (confined-animal feeding operations).

The dean of the College of Agricultural and Environmental Sciences at the University of California, Davis, recently estimated that roughly 20 percent of his college’s annual research budget now comes from industry. And his university is not alone. Here are a few others:

Many, many more are listed in the stunning report released by Food & Water Watch that we cited above.

Earlier this month we reported about Stanford’s sloppy research in its meta-analysis of the nutritional value of organic foods. Now take a look at the study authors’ conflicts of interest. Even though they stated there were no primary funding sources, the Cornucopia Institute noted that there are clear financial ties between Stanford’s Freeman Spogli Institute, which supports the report’s researchers financially, and the chemical and agribusiness industry. Cargill, the world’s largest agricultural business enterprise, has donated millions to the Institute. In addition, the Bill and Melinda Gates foundation, which strongly promotes GMOs in Third World countries, has also provided support.

It’s not just the agriculture industry that has its hand in muddying the university research waters. Dr. Ingram Olkin, co-author of the Stanford organics study, accepted money from the Council for Tobacco Research, which has been described as using science for “perpetrating fraud on the public.” And many research universities are funded in a big way by pharmaceutical companies. We will return to this issue in a future newsletter article.

Research funding from industry has outpaced government funding for universities, and some university budgets are disproportionately dependent on industry funding. The Food & Water Watch report has some extremely illuminating tables showing university funding from agribusiness, the presence of industry on school boards, and the donation of money for buildings and facilities. For example, we learned from this report that Colorado State University now has a “feed facility for research on the environmental benefits of feedlots.” UC Berkeley received $25 million from Novartis (now owned by GMO giant Syngenta) in exchange for this donation; Novartis was reportedly given two of the five seats on the research committee and the ability to influence research projects and delay research findings. It was also awarded licensing options for 30 percent of university projects. The University of Georgia reportedly offers seats on its board of advisors to industry for $20,000 each.

Does all this funding have a direct influence on researchers? Absolutely. According to the report, more than fifteen percent of university researchers acknowledge having “changed the design, methodology, or results of a study in response to pressure from a funding source.” If fifteen percent readily acknowledge it, how many more have been influenced but are reluctant to admit it? 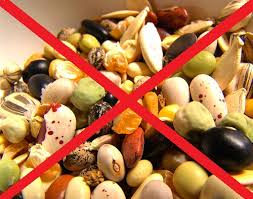 We’ll conclude with the troubling story of South Dakota State University. According to the report, David Chicoine, president of SDSU, joined Monsanto’s board of directors in 2009. That year he received $390,000 from Monsanto, more than his academic salary. Just a few weeks before Chicoine joined the Monsanto board, the company sponsored a $1 million plant breeding fellowship program at SDSU.

Immediately SDSU started suing farmers for patent infringement because they were engaging in the time-honored practice of “saving seed” (farmers have historically saved the seed from their strongest crops for the next year in order to share and sell in future harvests, instead of purchasing an entirely new batch of seeds). SDSU joined Monsanto in identifying farmers who saved seed by using private investigators and toll-free anonymous hotlines.

Several farmers settled the lawsuits for $175,000, and consented to allow SDSU inspect their farms, facilities, business records, and telephone records for up to five years. Ironically, some of the SDSU seeds were developed with farmers’ and taxpayer dollars through funds from the South Dakota Wheat Commission.

Texas A&M, Kansas State University, and Colorado State University have similarly started suing farmers. Such universities don’t simply have conflicts of interest. They are in danger of becoming puppets of Big Farma. If this is allowed to go on unabated, how can anyone believe that their research is in any way independent and reliable?