Biological Process Behind Role of Vitamin B12 In Bone Formation Unravelled

Researchers have uncovered a previously unknown biological process involving vitamin B12 and taurine that regulates the production of new bone cells. This pathway could be a potential new target for osteoporosis treatment. 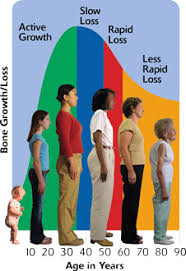 In humans it is well known that vitamin deficiencies lead to stunted growth, but the underlying mechanisms have long been a mystery. In this study, the team was able to piece together the biological process that leads to the production of new bone by studying the offspring of mice lacking the Gastric Intrinsic Factor gene, which is active in the stomach and allows the gut to absorb vitamin B12.

“Bone cells aren’t solely studied in isolation in the lab as both local and systemic factors play an important role in their function, so it’s important to unpick the multitude of biological factors that can affect their proliferation,” says Dr Pablo Roman-Garcia, a first author from the Wellcome Trust Sanger Institute. “We were amazed to find a new system that controls bone mass through a protein expressed, of all the places, in the stomach.”

The researchers found that bone mass was severely reduced at eight weeks of age in the offspring of mice with vitamin B12 deficiency. Giving the mother a single injection of vitamin B12 during pregnancy was enough to prevent stunted growth and the onset of osteoporosis in the offspring. The team was surprised to find that B12-deficient mice had only one-third of the normal number of bone-creating osteoblast cells, but had no change in bone-degrading osteoclast cells.

Reducing vitamin B12 levels in bone cells in the laboratory did not affect the function of the bone-forming cells directly, while under the same conditions it affected liver cell functions profoundly. These findings suggested to researchers that the liver has an important role to play. This was confirmed when they showed that liver cells from the offspring of B12-deficient mothers were unable to produce taurine. When these mice were fed regular doses of taurine at three weeks of age, they recovered bone mass and grew normally.

“While the importance of taurine is yet to be fully understood, this research shows that vitamin B12 plays a role in regulating taurine production and that taurine plays an important role in bone formation,” Dr Vidya Velagapudi, Head of the Metabolomics Unit at the Institute for Molecular Medicine Finland. “To date we have focussed only on vitamin B12-deficient populations, but the next stages of this research will need to confirm the connection between vitamin B12, taurine and bone formation in general populations.”

While the focus of this study was the impact of maternal vitamin B12 deficiency on offspring in mouse models, there are promising parallels between these findings and data from human patients. Samples collected by Kocaeli University Hospital, Turkey from children born of nutritionally vitamin B12-deficient mothers also showed a significant decrease in levels of vitamin B12 and taurine. In addition, older patients with vitamin B12 deficiency from a study by the Institute for Molecular Medicine, Finland displayed a statistically positive correlation, suggesting that vitamin B12 plays a key role in regulating taurine synthesis and bone formation in humans of all ages.

“The discovery of this unanticipated pathway between gut, liver and bone would not have been possible without the use of mouse molecular genetics and studies in the clinic that allowed us to understand interactions between these organs,” says Dr Vijay K Yadav, a senior author from the Sanger Institute. “The fact that the vitamin B12-taurine-bone pathway affects only bone formation and appears to play the same role in mice and human beings raises the prospect that targeting this pathway through pharmacological means could be a novel approach toward an anabolic treatment of osteoporosis”.

The Metabolic Power Of Pleasure