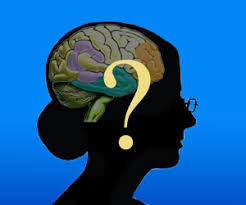 There are many different causes of dementia and, although its progression can be fast or slow, it is always degenerative. Symptoms of dementia include confusion, loss of memory, and problems with speech and understanding. It can be upsetting for both the affected person and their relatives and carers. New research published in BioMed Central’s open access journal BMC Medicine shows that a regime of behavioral and mental exercises was able to halt the progression of dementia.

Researchers led by Prof. Graessel, from Friedrich-Alexander-University Erlangen, included in their study patients with dementia from five nursing homes in Bavaria. After random selection, half the patients were included on the year-long MAKS ‘intervention’ consisting of two hours of group therapy, six days a week. In addition all patients maintained their normal treatment and regular activities provided by the nursing home. 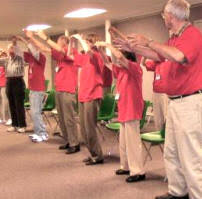 The MAKS system consists of motor stimulation(M), including games such as bowling, croquet, and balancing exercises; cognitive stimulation (K), in the form of individual and group puzzles; and practicing ‘daily living’ activities (A), including preparing snacks, gardening and crafts. The therapy session began with a ten minute introduction, which the researchers termed a ‘spiritual element’ (S), where the participants discussed topics like ‘happiness’, or sang a song or hymn.

After 12 months of therapy the MAKS group maintained their level on the Alzheimer’s Disease Assessment Scale (ADAS) and, even more importantly maintained their ability to carry out activities of daily living, while the control group all showed a decrease in cognitive and functional ability.

Prof. Graessel explained, “While we observed a better result for patients with mild to moderate dementia, the result of MAKS therapy on ADAS (cognitive function) was at least as good as treatment with cholinesterase inhibitors. Additionally we found that the effect on the patients’ ability to perform daily living tasks (as measured by the Erlanger Test of Daily Living (E-ADL)) was twice as high as achieved by medication. This means that MAKS therapy is able to extend the quality of, and participation in, life for people with dementia within a nursing home environment. We are currently in the process of extending these preliminary results to see if this prevention of dementia decline can be maintained over a longer time period.”