In an insightful Commentary in the November issue of the Journal of the American Dietetic Association, Linda Van Horn, PhD, RD, Editor-in-Chief of the Journal, Chair of the Dietary Guidelines Advisory Committee, and Professor and Associate Dean, Northwestern University, Feinberg School of Medicine, highlights the key features and noteworthy findings of the 2010 US Dietary Guidelines Advisory Committee (DGAC) Report.

While many of the recommendations from previous reports are reinforced, new evidence-based findings will help registered dietitians and other health care providers prioritize effective approaches towards facilitating better eating habits among Americans.

Dietary Goals for Americans (DGA) were first set in 1977 at a time when the average total fat intake was 42% of total energy intake, saturated fatty acids (SFA) intake was about 14%, and cardiovascular disease mortality was at an all-time high. Population-wide improvement in these parameters has occurred. By 2010, average American intake of total fat and SFA has decreased significantly to 33.6% and 11.4%, respectively â€“ still higher than recommended, but certainly improved.

Meanwhile, the obesity epidemic in the US continues. â€œThe literal â€˜elephant in the roomâ€™ is the persistent and pervasive obesity epidemic that continues to perpetuate and perplex health care providers in all specialty areas, as well as consumers,â€ commented Professor Van Horn. This report indicates that the US population consumes inadequate nutrient-rich foods such as whole grains, fruits, and vegetables, and over consumes calorie-dense, nutrient-poor foods that include solid fats, added sugars, salt, and refined grains. The result is a population that is overfed and undernourished.

Key features of the 2010 US DGAC Report:

The report highlights other noteworthy findings of particular importance for registered dietitians.

Between 1970 and 2010, energy intake has increased by over 600 calories per day. Grain-based desserts (for 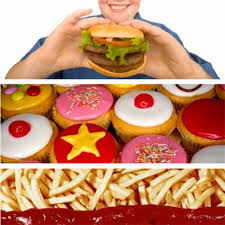 example, cakes and cookies) are the highest ranking contributor to energy intake in the US population, while sodas and sports drinks provide the highest source of calories to adolescents, followed closely by pizza.

Given the dismal success rate of weight loss efforts in adulthood, and the even less successful efforts to maintain weight loss once it is achieved, this report stresses the importance of recognizing that primary prevention of obesity beginning in childhood is potentially the single most powerful method for halting and reversing Americaâ€™s obesity epidemic.

Professor Van Horn writes that â€œtremendous input was provided by an exceptional team of highly qualified, experienced, knowledgeable, and dedicated registered dietitians from many different backgrounds whose efforts made all the difference in achieving this herculean effort. In conclusion, this commentary serves to congratulate and distinguish the many contributions of RDs, American Dietetic Association members, and others throughout this process.â€ She notes further that, â€œEncouraging these changes will require partnership with policymakers, industry, and consumers. RDs are key to facilitating these changes, along with dietetic technicians, registered dieticians, and other health care providers.â€

Let’s not forget the impact the school districts, farmers and parents can have when optimal health is at stake.

The 2010 DGAC report is available online at the link below.