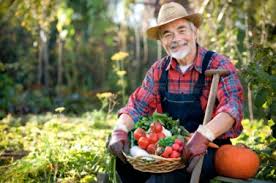 If you think being forced to eat Monsanto’s unlabeled GMOs is an outrage, what would you say about having the same man who wrote that corporate loophole for Monsanto more than 20 years ago at the FDA being in charge of writing food safety rules that could wipe out America’s small and mid-sized farms in an avalanche of burdensome regulations?

That’s right, at this moment the U.S. Food and Drug Administration is currently considering rules that will determine how the 2010 Food Safety Modernization Act (FSMA) will be implemented and it’s not pretty

Not only is former Monsanto attorney and super lobbyist Michael Taylor, the man who crafted the FDA’s 1992 policy that won’t allow GMO labeling in the U.S., back at the FDA, but under the Obama administration Michael Taylor has been appointed the food safety czar and is responsible for crafting new rules that could drive tens of thousands of America’s small, local and organic family farmers out of business.

The current proposed rules are so bad they will create such burdensome costs on local food producers, threatening to bankrupt family farmers who are the backbone of the growing local food movement, farmers markets, Community Supported Agriculture (CSA) and farm to school programs that many Americans like you support.

Right now there’s a comment period at the FDA that ends this Friday, November 15th, and we need your help to protect America’s local food movement and the family farmers that grow our local, organic food.

Click here to add a personal comment: If you are a family farmer or food producer let the FDA know how these rules will impact you.

Small and midsize family farmers shouldn’t be forced out of business because factory farms and giant corporations have created greater risks in our food supply. Stand up for local food and family farmers!

Even more incredible than having a former Monsanto lobbyist write these new food safety rules is the fact that the Grocery Manufacturers Association (GMA) is also a guiding force in crafting these local food, family farm killing regulations.

That’s right, the GMA, the same corporate lobbying front group that just illegally donated $11 million to defeat GMO labeling in Washington state has been working with the FDA and former Monsanto lobbyist Michael Taylor to craft regulations to help drive the best local, organic farmers out of business.

From the GMA’s website: “GMA worked closely with legislators to craft the FDA Food Safety

Modernization Act and will work closely with the FDA to develop rules and guidance to implement the provisions of this new law.”

If we want a vibrant alternative to our current industrialized food system, we can’t allow the FDA, Monsanto and the GMA to write regulations that will drive the best farmers we have out of business.

During 2010, when the Food Safety Modernization Act originally passed, Food Democracy Now! members generated more than 20,000 phone calls to Congress to help pass the Tester-Hagan and Manager Amendments which would have protected small and mid-sized farmers that are engaged in direct sales to consumers, but now the FDA is working to undermine those hard won protections.

Growing food and agricultural products is an inherently risky business. There are a lot of steps where things could go wrong. Disease, decomposition and bacteria are a natural part of growing, harvesting, processing, packaging, shipping and handling food. 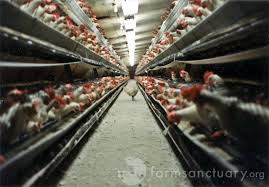 Unfortunately, the massive industrialization of our food supply in the past 40 years has resulted in previously avoidable food safety outbreaks.  The rise of antibiotic resistance in factory farms, E. coli tainted meat and outrageous outbreaks of salmonella in peanut butter and half a billion eggs prove that it is America’s industrial food supply that increases food safety risks.

Rather than focus on the real problems, the new rules drafted by the FDA for the Food Safety Modernization Act have attempted to place a “one-size-fits-all” approach that will force many small and mid-sized family farmers out of business.

According to the National Sustainable Agriculture Coalition, these new rules could impact more than 30,000 small farms and cost some farmers as much as half their profits just to comply with excessive food safety plans that are more appropriate for factory farm and industrial scale producers.

Thanks for taking part in food democracy!